A 90-year-old man who survived the Holocaust and a battle with terminal cancer was killed after he was hit by a car on Thursday night.

Nissen Krakinowski was heading to the Congregation Beit Hillel synagogue in Brooklyn on Thursday night to say a prayer for his daughter, who had recently died, when he was struck by a car, The Yeshiva World reported.

He suffered a head injury and died soon after in hospital. 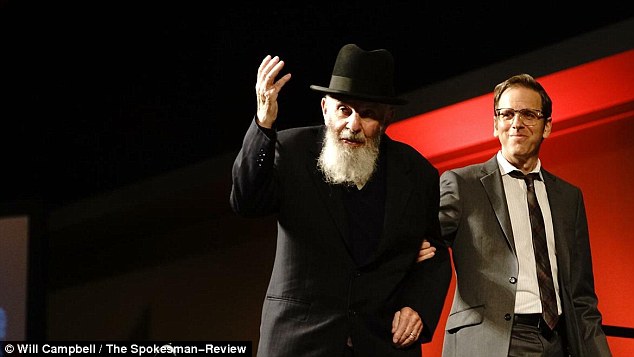 Nissen Krakinowski, 90, was hit by a car and killed in Brooklyn on Thursday night 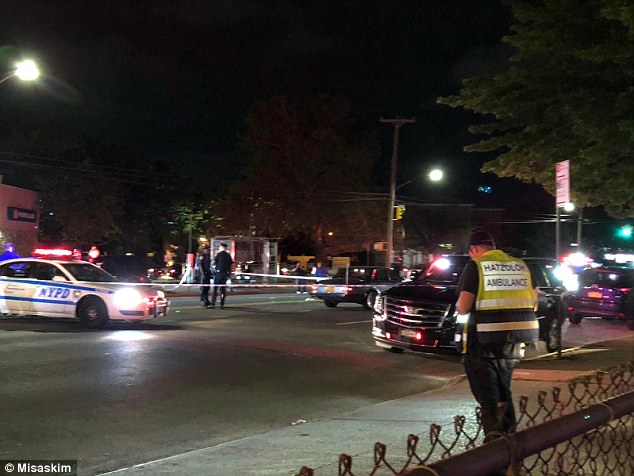 The man had been crossing the road to reach his synagogue, where he intended to pray for his recently deceased daughter

Krakinowski was hit by a 29-year-old woman driving a light blue Jaguar, while trying to cross the road outside of the marked pedestrian area.

Police say the woman stayed on scene, and has not been arrested, though an investigation is ongoing.

Krakinowski, who had no living relatives at the time of his death, was sent to the Dachau concentration camp after Nazi Germany overtook his childhood neighborhood of Kaunas, Lithuania.

He was separated from his family, the Spokesman Review reported after he addressed crowds in Spokane in June this year, and had only his brother to help him get through the horrors of his teenage years.

During his time in the camp, Krakinowski and his brother survived on pieces of moldy bread, and he was the victim of violent guards.

Krakinowski told the crowd he was hit in the head with a metal object, causing him to bleed.

His injuries were so severe, the guard who attacked him believed he was dead, he said.

He was put to work in the camp, and was forced to carry paper bags of concrete, that would ‘dissolve and stick to his body’ when it began to rain.

‘Time was very hard to describe,’ he said. ‘Every day was like a year.’