There’s a Devil Loose: Mother Charged with Murdering Her 2-Year-Old Daughter After Losing Custody and Then Stabbing Officers Working to Revive the Child Pleads Not Guilty in Postpartum Depression Defense

A New York woman, who allegedly murdered her daughter and then attempted to kill two police officers who responded to the scene, entered a plea of not guilty on all charges in court on Tuesday.

Her attorney said on Tuesday that his client was planning to enter a psychiatric defense, arguing that in addition to her bipolar disorder Arce was also suffering from postpartum depression.

There are still a number of unanswered questions, however, including how Gabriella died that day.

The autopsy did not reveal a cause of death and there were no signs of trauma on the girl, but the medical Examiner’s Office still declared the death a homicide. 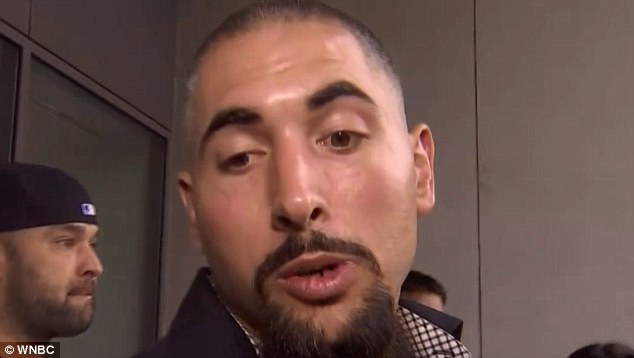 Tragedy: Gabriella’s father Stephen Boyd (above on Monday after court) sent police to the house one day prior to her death to get his daughter but Arce refused to hand her over

It has also been revealed that law enforcement came to the house one day prior to remove Gabriella from her mother’s custody, but left without the girl when her mother refused to hand her over.

Stephen Boyd, the girl’s father, had continued to call authorities the day of her death, urging them to collect his daughter.

He was granted a court order after telling a judge that his ex had gone off her medication and was not capable of caring for their child.

The defense plans to argue that either that decision, or Arce discovering her daughter already dead, is what set off her psychotic episode.

Gabriella was covered with a sheet and surrounded by stuffed animals as well as notes written by her mother saying that she was with the angels, according to the Westchester County District Attorney.

Police were called to the scene, however, not because of the toddler but rather Arce, whose mother Maria Solorzano called authorities after finding her daughter in a bathtub, according to court records.

All that is noted in the report is that Arce’s body was submerged in water, except for her head, and there was a note nearby that said she was ‘with her daughter.’

It was when police arrived on the scene that they found Gabriella and immediately got to work trying to revive the girl.

Solorzano told detectives that she had thought the girl was simply asleep. 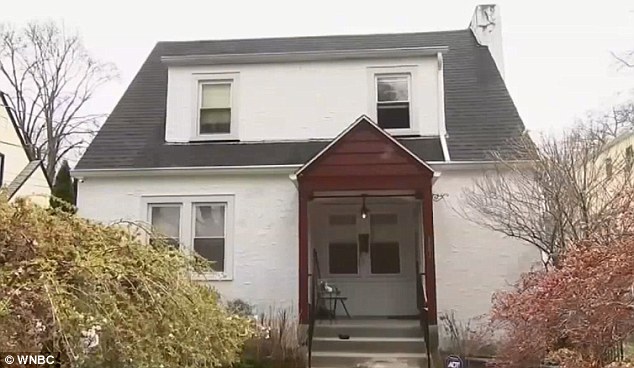 Wrong victim: Officers arrived on the scene (home where Arce and Gabriella lived above) after receiving a call that Arce was dying from her mother, who had found her submerged in a tub

It is unclear what happened in between the time that Solorzano discovered her daughter in the bathtub and police arrived, but officers later came across Arce in a bedroom of the home while trying to clear the scene.

‘Arce had both her hands hidden behind her back and refused to comply with repeated police commands to show her hands,’ stated the district attorney’s office in a release.

‘Arce then brought both hands from behind her back and above her shoulders revealing two large knives, one in each hand. She charged at the officers, repeatedly slashing at two of them.’

The officers attempted to subdue the woman with Tasers, and when that failed she was shot by a third officer.

Arce was in the hospital recovering from those wounds for weeks, which is why her indictment on the murder charge was delayed until Tuesday.

She had previously been indicted on the charges stemming from her alleged attack on the officers from her hospital bed.

‘Police Officer Osvaldo Ramos sustained a large laceration to his left hand as he tried to protect himself and Police Officer Joseph Gaglione, who had fallen to the floor, sustained a wound to his foot as he was kicking at the defendant to block her attack,’ revealed the district attorney’s office back in May.

Arce was emotionless in court on Tuesday, while Boyd lashed out at one point questioning why the proceedings had taken so long after the defense asked for more time to prepare.

The next court hearing in the case is scheduled for October 2.