Mac Miller has passed away at the age of 26 after an apparent overdose, TMZ reports.

A spokesperson for the Los Angeles Police Department says officers “responded to a death investigation” near the artist’s home in Studio City on Friday afternoon, but couldn’t confirm the name of the deceased.

The artist, née Malcolm McCormick, has reportedly struggled with addiction issues for a long time.

Days after his split from Ariana Grande, the rapper was involved in a car crash in the San Fernando Valley, in which his 2016 Mercedes G-Wagon hit a pole, knocking it over. Miller and two passengers fled the scene of the crime, however, according to TMZ, police were able to locate the star and his friends after visiting the address listed under his license plate. TMZ claimed the star then “confessed to driving drunk and fleeing the scene.”

He was later charged with driving under the influence and driving with a BAC of over .08. However, we was not charged with a hit and run. He was due to appear in court on Sept. 11. 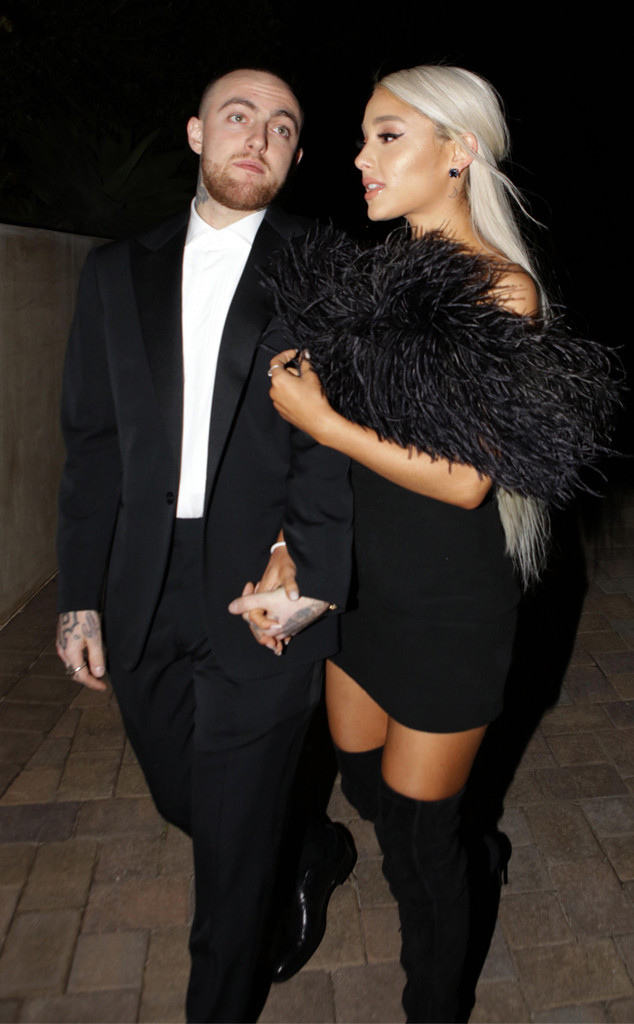 Miller addressed the car accident on an interview with Zane Lowe on Beats 1 on Apple Music. “What you don’t understand is that I lived a certain life for 10 years and faced almost no real consequence at all,” he shared. “I had no version of the story that didn’t end up with me being fine. Yeah, I made a stupid mistake. I’m a human being. Like drove home drunk. But it was the best thing that could have happened. Best thing that could have happened. I needed that. I needed to run into that light pole and literally like have the whole thing stop.”
Ariana, who is now engaged to comedian Pete Davidson, spoke out about their “toxic relationship” in the aftermath of Miller’s arrest. “How absurd that you minimize female self-respect and self-worth by saying someone should stay in a toxic relationship because he wrote an album about them, which btw isn’t the case (just Cinderella is ab me),” she explained, in response to criticism. “I am not a babysitter or a mother and no woman should feel that they need to be. I have cared for him and tried to support his sobriety & prayed for his balance for years (and always will of course) but shaming/blaming women for a man’s inability to keep his s–t together is a very major problem.”
Grande added, “Let’s please stop doing that. Of course, I didn’t share about how hard or scary it was while it was happening but it was. I will continue to pray from the bottom of my heart that he figures it all out and that any other woman in this position does as well.”
Likewise, Miller wished the best for his ex. “I am happy for her and moving forward with her life just as I’m sure she is with me,” he previously told Lowe. 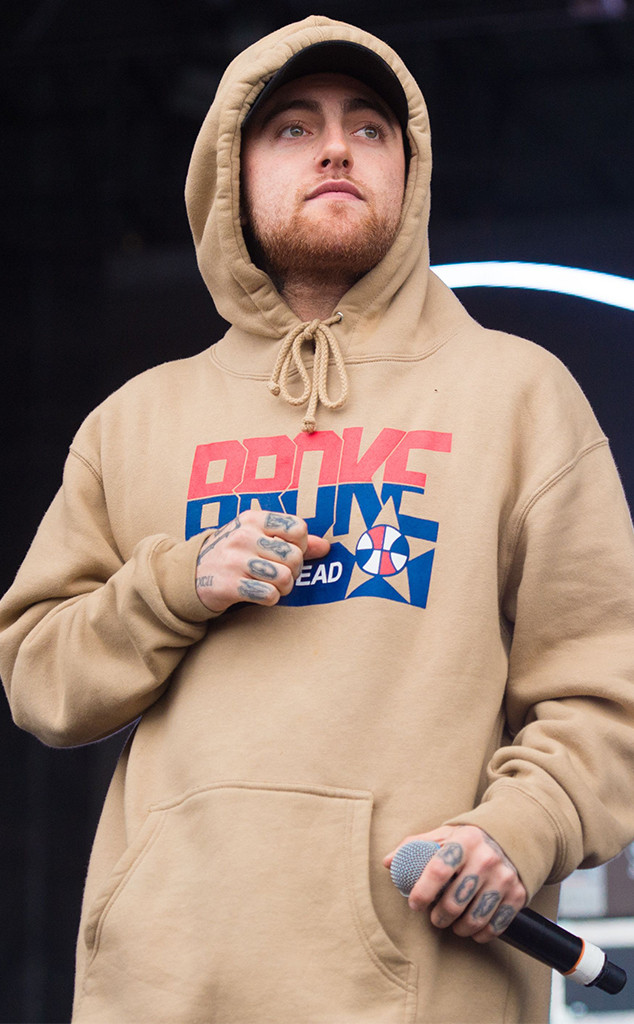 As of late, the star’s focus was on promoting his new album, Swimming, which debuted at No. 3 on the Billboard U.S. 200. His new music largely focused on the feelings of insecurity, depression and paranoia he felt.
On Thursday, an interview with the star was published to Vulture, in which he discussed public perception of himself and his work. He said, “I feel like the public perception of me varies on who you ask. But there’s a bit of a freedom in knowing that people are going to think all types of s–t, no matter what. It actually makes me less stressed about how my actions are perceived. It’s out of my control. I mean, to a degree… I could control it. I could live this squeaky clean life and everything. I could try to control the media. But I’ve been finding freedom in just living and letting people say whatever the f— they want.”
In an interview from 2011 with KDKA-TV’s Heather Abraham, a not-yet famous Miller said, “My goal was to make music my job when I graduated high school. To make it something I could live off of.”
https://w3.cdn.anvato.net/player/prod/v3/anvload.html?key=eyJtIjoiY2JzIiwidiI6IjM5MzExMDIiLCJhbnZhY2siOiJEVnpsOVFSem94M1pac1A5Yk51NUxpM1g3b2JRT25xUCIsInBsdWdpbnMiOnsiY29tc2NvcmUiOnsiY2xpZW50SWQiOiIzMDAwMDIzIiwiYzMiOiJQaXR0c2J1cmdoLmNic2xvY2FsLmNvbSJ9LCJkZnAiOnsiY2xpZW50U2lkZSI6eyJhZFRhZ1VybCI6Imh0dHA6Ly9wdWJhZHMuZy5kb3VibGVjbGljay5uZXQvZ2FtcGFkL2Fkcz9zej0yeDImaXU9LzQxMjgvQ0JTLlBJVFRTJmNpdV9zenMmaW1wbD1zJmdkZnBfcmVxPTEmZW52PXZwJm91dHB1dD14bWxfdmFzdDImdW52aWV3ZWRfcG9zaXRpb25fc3RhcnQ9MSZ1cmw9W3JlZmVycmVyX3VybF0mZGVzY3JpcHRpb25fdXJsPVtkZXNjcmlwdGlvbl91cmxdJmNvcnJlbGF0b3I9W3RpbWVzdGFtcF0iLCJrZXlWYWx1ZXMiOnsiY2F0ZWdvcmllcyI6IltbQ0FURUdPUklFU11dIiwicHJvZ3JhbSI6IltbUFJPR1JBTV9OQU1FXV0iLCJzaXRlU2VjdGlvbiI6InZpZGVvLWRlZmF1bHQifX19LCJoZWFydGJlYXRCZXRhIjp7ImFjY291bnQiOiJjYnNsb2NhbC1nbG9iYWwtdW5pZmllZCIsInB1Ymxpc2hlcklkIjoiY2JzbG9jYWwiLCJqb2JJZCI6InNjX3ZhIiwibWFya2V0aW5nQ2xvdWRJZCI6IjgyM0JBMDMzNTU2NzQ5N0Y3RjAwMDEwMUBBZG9iZU9yZyIsInRyYWNraW5nU2VydmVyIjoiY2JzZGlnaXRhbG1lZGlhLmhiLm9tdHJkYy5uZXQiLCJjdXN0b21UcmFja2luZ1NlcnZlciI6ImNic2RpZ2l0YWxtZWRpYS5kMS5zYy5vbXRyZGMubmV0IiwiY2hhcHRlclRyYWNraW5nIjpmYWxzZSwidmVyc2lvbiI6IjEuNSIsInBhcmVudFBhZ2VVUkwiOiJodHRwczovL3BpdHRzYnVyZ2guY2JzbG9jYWwuY29tLzIwMTgvMDkvMDcvcmFwcGVyLW1hYy1taWxsZXItZGVhZC1hcHBhcmVudC1vdmVyZG9zZS8iLCJwYXJlbnRUaXRsZSI6IlJlcG9ydDogUGl0dHNidXJnaCBOYXRpdmUgUmFwcGVyIE1hYyBNaWxsZXIgRGVhZCBPZiBBcHBhcmVudCBPdmVyZG9zZSDCqyBDQlMgUGl0dHNidXJnaCIsInBJbnN0YW5jZSI6InAwIiwicHJvZmlsZSI6ImNicyIsImN1c3RvbVRyYWNraW5nU2VydmVyU2VjdXJlIjoiY2JzZGlnaXRhbG1lZGlhLmQxLnNjLm9tdHJkYy5uZXQifX0sImh0bWw1Ijp0cnVlLCJ0b2tlbiI6ImRlZmF1bHQifQ%3D%3D

Our thoughts and prayers go out to the star’s family, as do those of his fellow artists.

I dont know what to say Mac Miller took me on my second tour ever. But beyond helping me launch my career he was one of the sweetest guys I ever knew. Great man. I loved him for real. Im completely broken. God bless him.

Rest In Peace to the great soul Mac Miller