Pennsylvania GOP Official Resigns After Calling NFL Players who Take a Knee ‘Baboons’ and ‘Ignorant Blacks’, Threatening That They Will Change Their Actions ‘When White People Stop Paying Their Salaries’

A Republican Committee official in Pennsylvania has resigned after it was revealed she called NFL players who took the knee during the national anthem ‘baboons’.

Carla Maloney, the Republican Committee of Beaver County’s secretary, also called them ‘ignorant blacks’ and told them to ‘go to Africa’ in the racist Facebook posts.

‘Tired of these overpaid ignorant blacks telling me what I should believe in,’ the proud Trump supporter wrote in one post on her personal page in 2017.

‘I will tell you what I believe in and that is our Flag the National Anthem and America period end of story.’ 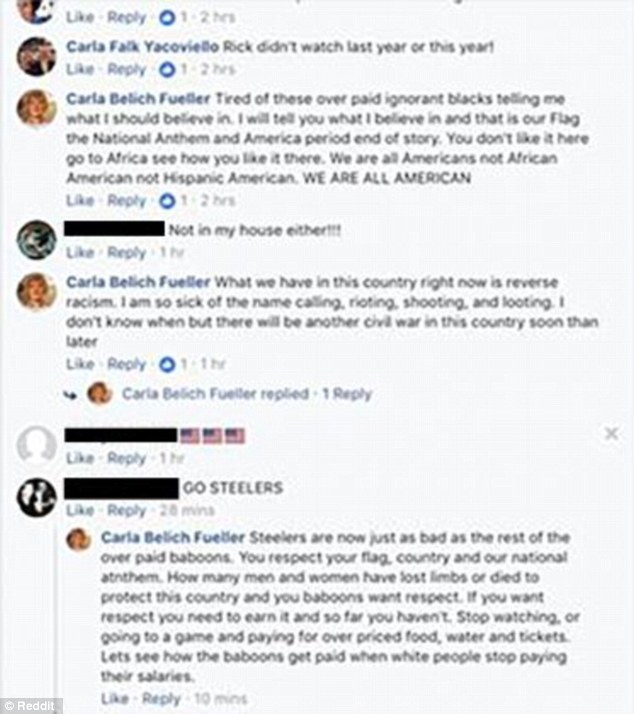 Pictured are the various racist Facebook posts from Maloney, which were made under her personal Facebook page ‘Carla Belich Fueller’)

‘You don’t like it here go to Africa see how you like it there. We are all Americans not African American not Hispanic American. WE ARE ALL AMERICAN.’

She also proclaimed that her hometown team, the Pittsburgh Steelers, were now ‘just as bad as the rest of the overpaid baboons’.

‘You respect your flag, country, and our national anthem. How many men and women have lost limbs or died to protect this country and you baboons want respect,’ Maloney continued.

‘If you want respect you need to earn it and so far you haven’t. Stop watching, or going to a game, and paying for overpriced food, water, and tickets.’ 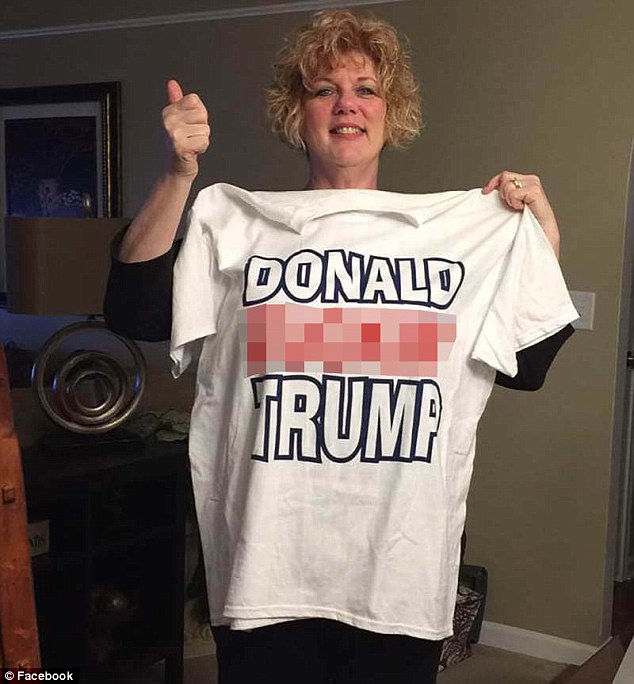 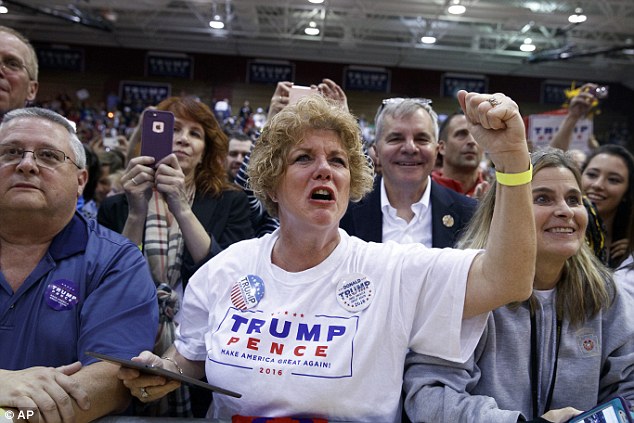 ‘Let’s see how the baboons get paid when white people stop paying their salaries.’

Maloney also proclaimed there was ‘reverse racism’ in America and predicted that a civil war would happen ‘sooner than later’, according to the Beaver County Times.

On Friday, Maloney released her resignation letter and apologized for her ‘distasteful, inappropriate, and insensitive social media posts’.

‘I know my posts and comments were disrespectful not only to the people that I love, but families across the country,’ she wrote.

Maloney then revealed she was resigning both as secretary of the committee and as an elected member, effective immediately. 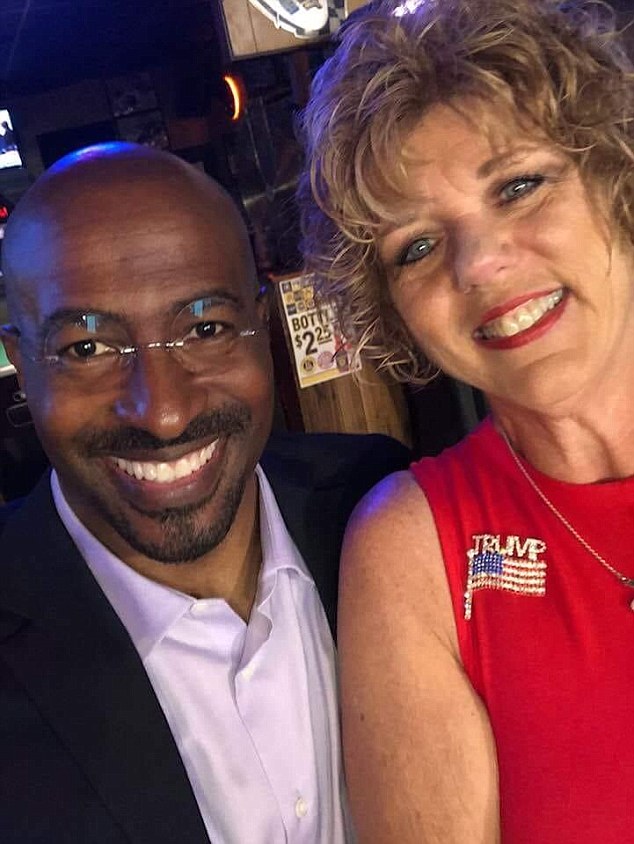 Maloney appeared on CNN’s Van Jones Show (pictured together) last month to discuss immigration. She identified herself as a Trump supporter and did not disclose she was a  Republican official 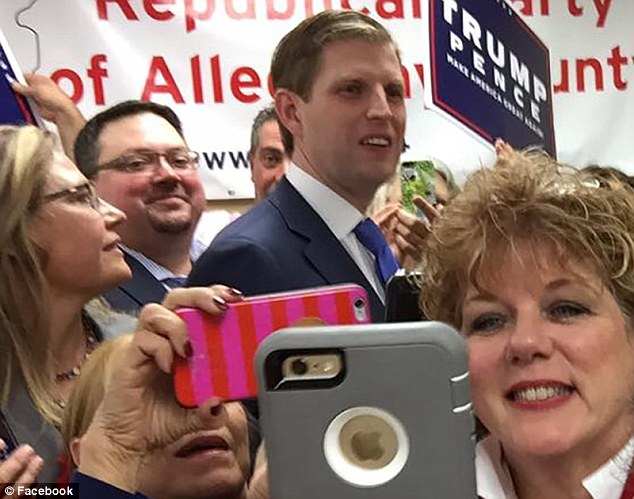 Maloney (pictured with Eric Trump) also wrote: ‘We are all Americans not African American not Hispanic American’

‘In conclusion, I know I am a better person than this and, as I step away from these public positions, I will work to show everyone who I truly am,’ she wrote.

‘From the bottom of my heart, I again apologize for my remarks, my poor taste, and the problems they have caused. I also apologize to everyone offended by my posts.’

Chip Kohser, the chairman of the Republican Committee of Beaver County, said Maloney made the posts before she was named secretary earlier this year.

Kohser believes the posts were made after most of the Steelers remained in the locker room for the anthem before the September 2017 game against the Bears in Chicago.

The chairman admitted that he knew about Maloney’s Facebook posts last year, saying he simply warned her to think more about what she said online because she represented the Republican party.

‘Those comments do not reflect the opinions of the Republican Party as a whole,’ he said in a statement on Saturday.

He said Maloney, who has taken down her Facebook page, is ‘certainly apologetic that she put that persona out there about herself’. 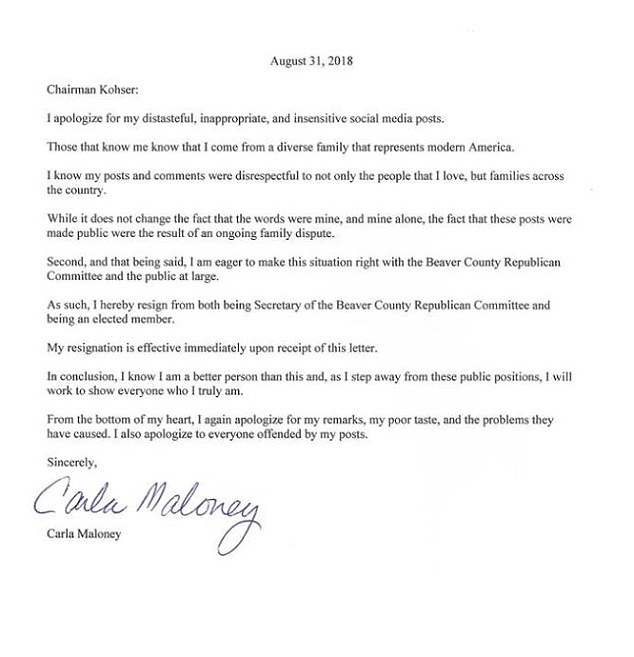 On Friday Maloney released her resignation letter (pictured) and apologized for her ‘distasteful, inappropriate, and insensitive social media posts’

Maloney appeared on CNN’s The Van Jones Show last month to discuss immigration, identifying herself as a Trump supporter. She did not disclose she was a GOP official.

She told Jones that she believes immigrants ‘want us to roll out the red carpet to them’.

‘We need to take care of us, Americans first. How many homeless children are in America? What about the black community that has one mother or one father?’ she said.

Later in the program Maloney told Jones she believes Trump is going to win the presidential election ‘by a landslide’ in 2020.

Maloney’s resignation comes the same week of the two-year anniversary of the protests.

His simple, silent protest regarding police brutality against African Americans created a firestorm of attention and controversy that included both the NFL and the president.

As Trump rallied for the organization to suspend boycotting players without pay, the NFL enacted a new policy promising fines for any team whose players protested the national anthem on the field. 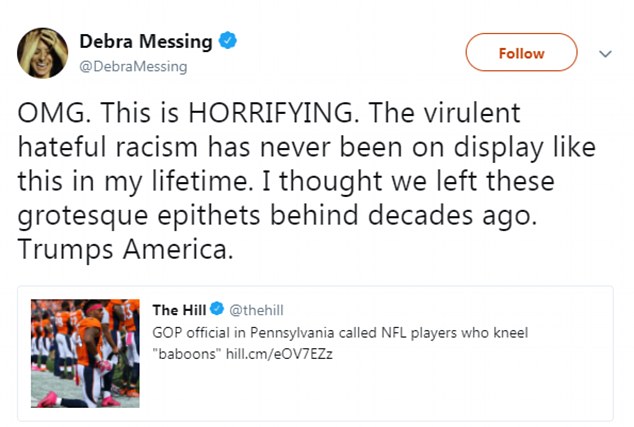 But in July the NFL put the new anthem policy on hold after coming to an agreement with the NFL Players Association.

As for the Steelers, they have remained quiet with their own protests following the controversy of that night in the locker room.

The Steelers had originally planned to stand together with interlocked arms during the anthem before the game against the Bears.

But, the night before, team captains Ben Roethlisberger and Cameron Heyward instead decided the players would remain in the locker room.

Meanwhile, coach Mike Tomlin and three other coaches still stood on the sidelines, and offensive tackle Alejandro Villanueva remained on the field – standing for the anthem and placing his hand over his heart.

No Steelers player has since kneeled for an anthem, and the team recently released a statement saying ‘it’s always been about football first’.