Pick any road in Redding, Calif., and community members will tell you they aren’t surprised to see handmade thank-you signs lining the streets.

Typically the signs consist of block letters, hearts and firefighter figures meant to convey Californians’ gratitude for emergency helpers following one of the state’s worst fires.

“I think it’s been really powerful for this community to learn what it means to say ‘thank you,’” said the Rev. Janet Chapman of First Christian Church of Redding (Disciples of Christ). “I hope we never forget that.”

In northern California, the Carr fire and Mendocino Complex fires are 70 percent contained. In total, more than 800,000 acres across the state have burned, making it one of the worst fire seasons in California’s history.

While the fires are mostly contained, about 1,600 structures, mostly homes, were consumed. The road to recovery stretches well into the future.

In addition to firefighters, the Red Cross and local and state first responders, churches, parachurch organizations and individuals have all stepped up to help. 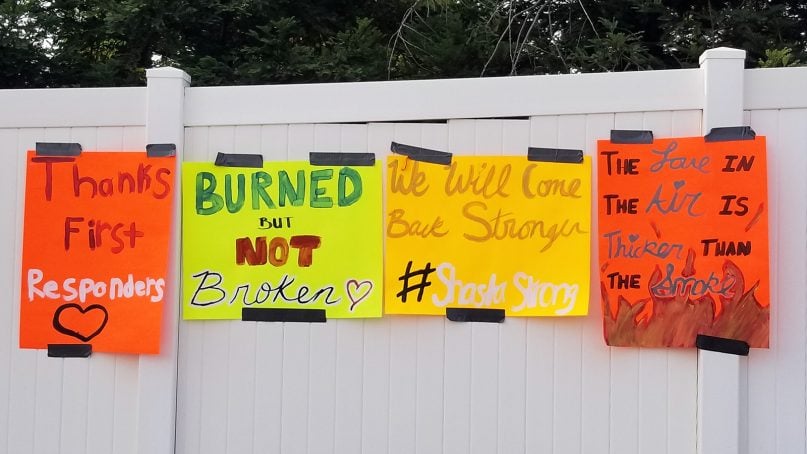 Signs posted in Redding express thanks and resilience from the local community. Photo courtesy the Rev. Janet Chapman

Chapman’s church was just outside the evacuation line.

It welcomed anyone needing a safe place to house their cats and dogs, especially if they were looking for a place where people and pets could stay together.

“This church was founded 20 years ago on the idea that all are welcome,” Chapman said. “And all means all, with the understanding that for some people, their family includes pets.”

In many ways, it was a natural fit. Chapman said First Christian Church has always been pet-friendly and occasionally welcomes them in worship services. 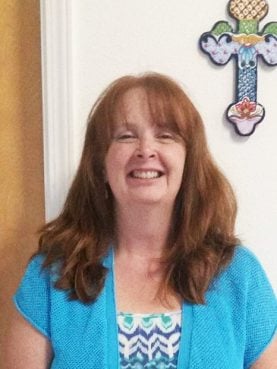 Many of the evacuees stayed for a short time, said Chapman. Three people and four cats are currently living in the building.

One of the people and two of the cats escaped the “firenado,” a fire tornado that reached speeds of up to 165 mph and exceeded 2,700 degrees Fahrenheit, according to Cal Fire. It was the cause of death of 37-year-old Redding firefighter Jeremiah “Jeremy” Stoke.

Almost a month after Stoke’s death, there’s still much uncertainty.

“They don’t teach this stuff in seminary,” Chapman said. “We are simply taking every day as it comes and are trying to be sensitive to the needs of the community.”

Learning to deal with disaster

Leading a community through a disaster is overwhelming and scary. That’s where one group, Hope Crisis Response Network, steps in.

The Indiana-based nonprofit teaches church leaders how to respond to manmade and natural disasters, coordinating the best ways to get donations, volunteers and assistance with a long-term recovery plan. It also rebuilds homes.

The network has been helping 13 California communities deal with the Carr and Mendocino Complex fires.

“We don’t just focus on rebuilding a house, we work on the restoring of one’s life,” Cox said.

Cox said that congregations should designate someone other than the pastor to organize disaster relief. The pastor, he said, needs to be focused on spiritual healing for the community.

Cox said he expects HCRN to stay in Redding and the surrounding areas for up to five years.

“We’re not going to bail on a community just because there’s another disaster somewhere,” Cox said.