‘My Daughter Would be Living Today If the Judge Hadn’t Freed Him’: Victim’s Family is Outraged After Judge Overlooked Tinder Serial Killer Suspect’s Violent History and Released Him Without Bail Weeks Before He ‘Killed Queens Nurse’

Only weeks before a nurse was slain and another woman was sexually assaulted on opposite sides of the country, a New York judge released the suspect without bail in a separate strangulation case – not knowing he had a violent criminal history involving women.

The freeing of Danueal Drayton, 27, on July 5 has outraged the murdered nurse’s family, and frustrated prosecutors who believe he should have been remanded for the strangulation of ex-girlfriend Zynea Barney, 26.

Prosecutors and Drayton’s defense lawyers believe he would still be behind bars on the Long Island strangulation charge if they and the judge had known about his rap sheet in Connecticut. His record in New York was clean.

‘You can’t let a person like this walk out of jail… free without a bond,’ Kenneth Stewart, whose daughter Samantha was found dead in her Queens apartment on July 17, told reporters last week. ‘My daughter would be living today.’ 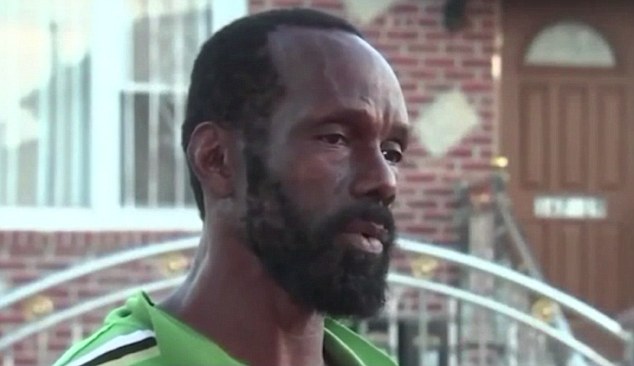 ‘You can’t let a person like this walk out of jail… free without a bond,’ grieving father Kenneth Stewart (above) said of Drayton’s July 5 release in Nassau County

Authorities say Drayton, from New Haven, Connecticut, claims to have killed at least seven women in Connecticut and New York and has said that he met some victims on the Tinder dating app. Police are trying to confirm if his statements are true.

He was arrested last week in Los Angeles after police say he raped a woman who he met during an Uber ride. He pleaded not guilty.

He told the New York Daily News in a jailhouse interview that voices in his head made him kill Stewart. He also recalled choking the two other women in Los Angeles and New York.

Barney told the newspaper that she believed he is faking insanity in a bid to game the justice system.

‘Stop lying. Stop pretending you’re this psychopath to get off easy,’ she said. ‘You knew what you were doing.’ 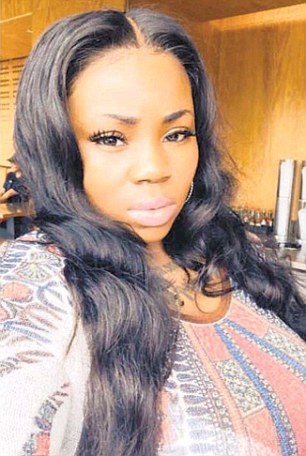 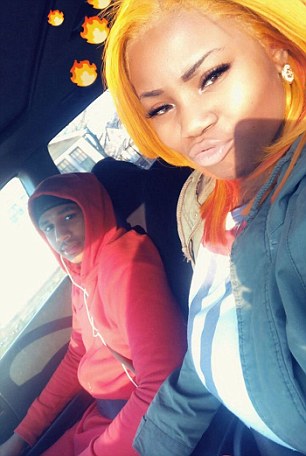 Zynea Barney, 26, (top and bottom) dated Drayton for about six months, before she says he tried to strangle her in a Long Island park when she tried to break up with him

Barney said that their relationship had begun well but turned sour as he became increasingly possessive and controlling, culminating in him slashing her tires and trying to strangle her in a park near her home in Inwood, New York.

After he told her to drive to a park and Barney told him there was no chance of them getting back together, Drayton allegedly lunged at her and started to strangle her.

Nassau County prosecutors had sought $7,500 bail for Drayton after he was charged with choking Barney. Judge Scott Fairgrieve set bail at $2,000 on July 1 and Drayton was detained. 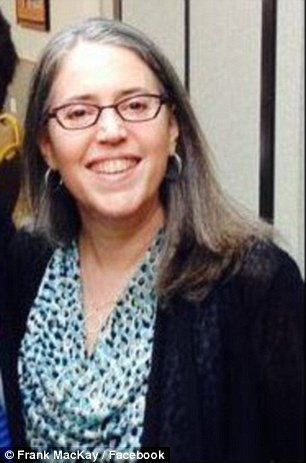 On July 5, however, Judge Erica Prager freed Drayton on his own recognizance. Police say he went on to murder Stewart and take another woman prisoner in Los Angeles in subsequent weeks.

A spokesman for Nassau County District Attorney Madeline Singas said her office is now reviewing why Drayton’s Connecticut criminal record, which was available in a national database, was not presented to Judge Prager before she freed him.

‘The bail set by Judge Fairgrieve should have been continued at $2,000 bond or $1,000 cash, and Mr. Drayton would have continued to be held in jail,’ the DA’s spokesman, Brendan Brosh, said in a statement.

‘The prosecutor on July 5 detailed serious threats made by the defendant to the victim, and noted that he had slashed the tires on her car.’

Lawyers with the Legal Aid Society of Nassau County, who are representing him in the strangulation case, had asked Prager for a bail reduction and did not know at the time about his Connecticut record, which includes a nonfatal strangulation, unlawful restraint and violating protective orders.

‘If (Prager) had that information, she probably would have made a different determination on the bail,’ said N. Scott Banks, chief attorney for the Legal Aid Society of Nassau County.

It’s not clear what the procedures are in New York for checking the National Crime Information Center database for defendants’ criminal histories in other states, and Brosh couldn’t immediately say.

Drayton also slipped through the cracks in Connecticut, where his probation officer tried multiple times to find him after he disappeared in late May and missed required meetings. He was on probation for misdemeanor harassment.

Connecticut officials were never informed of his June 30 arrest in New York and obtained an arrest warrant for him on July 26, according to the Connecticut Judicial Branch.

Court records obtained by The Associated Press show Drayton was sentenced to three years in prison in 2013 for beating and choking his girlfriend in East Haven and violating a protective order.

‘He started pummeling me in my face!’ the girlfriend told police. ‘Swing after swing after swing to the point my body went into shock. … He grabbed me from behind and started strangulating me with his arms and within seconds I passed out.’

He got out of prison in November 2014 and began serving probation. Seven months later, he was arrested again for holding another woman against her will in Waterbury, and got another three-year prison sentence.

He got out on probation in April 2017. He was arrested again in February by New Haven police for sending threatening messages to a male friend. He pleaded guilty and was sentenced to a year of probation in March.

New York Police Department Chief of Detectives Dermot Shea said Thursday that Drayton has been speaking with investigators in California and has said things that would lead them to believe he’s responsible for other crimes in New York City.

Nothing Drayton has said regarding those alleged crimes has been verified by NYPD investigators.

‘We are very interested in the history of Mr. Drayton,’ Shea said. ‘We have resources devoted to really following up on his past. What could we learn? What other victims may there be?’