Asylum Seekers Bring Evidence to US Showing the Dangers of Home

An MS-13 gang member left eight voicemails on Brenda Mendez’s cellphone demanding that she turn over her teenage boy. If she refused, he said, the gang would dismember both her sons.

“I’m going to send you a finger from each hand. You are going to see what the (expletive) happens to your son,” one message said. “Show up or you’re dead. We know about Little Gustavo and also about your baby boy. What the (expletive)? You want him turned into pieces too?”

The family soon fled Guatemala with hopes of getting into the United States, being careful to bring along the voicemails and a copy of the police report Mendez filed against the gang member known as El Gato.

Other migrants are doing the same. As the Trump administration puts up more legal barriers for asylum-seekers, some immigrants take steps to arrive at the border with evidence to show U.S. authorities the dangers they are trying to escape. The documents are often carried inside protective folders, and they are sometimes all that the migrants bring with them, except for the clothes on their backs.

On July 1, the Mendez family waited on the Mexican side of the international bridge to Brownsville, Texas. Even with their evidence, they seemed to face long odds after Attorney General Jeff Sessions last month removed gang and domestic violence from the conditions that qualify for asylum.

Mendez was undeterred. She knew she might be separated from her husband and her sons, ages 9 and 14, and that they could be held in detention. The four would have to navigate a foreign legal system in a foreign language.

But “if it saves my children’s lives, I don’t mind,” she said flatly in Spanish as she rifled through a sturdy plastic folder her husband, David, had safeguarded in a small pack containing birth certificates, proof of home ownership and the police report during the journey of more than 1,200 miles (2,000 kilometers).

With a sad smile, she played for The Associated Press the voicemails left on the Guatemalan cellphone she mostly kept off to conserve the battery.

To bolster their asylum cases, immigrants bring audio recordings, crime-scene photos, police paperwork and even medical examiner records — anything that will support their claims that home is too dangerous. They carry these grim records across deserts and rivers, sometimes for months or years, because they could mean the difference between a lifetime of safety in the U.S. or swift deportation.

The evidence is critical for so-called credible-fear interviews, which test asylum seekers’ reasons for fleeing to the U.S., specifically their claims to be victims of persecution. The interviews, conducted by immigration officers from the Department of Homeland Security, are the first screening in the long asylum process.

Mamadou Aliou Barry, 17, described a three-year odyssey, by boat, by bus and on foot, from his native Guinea in West Africa to the bridge in Matamoros. In halting Spanish, he explained that as a member of the Fula ethnic minority, he was fleeing persecution from political elites in the Malinke tribe.

Before he left, he said, his mother encouraged her then-14-year-old son to go, giving him about $6,000 collected from relatives and neighbors.

Looking below at the Rio Grande through a gap in the chain-link fence that encloses one side of the bridge, Barry said that for much of the way, he had been traveling with a fellow West African, a teenager from Guinea-Bissau. But the boy drowned crossing a river in the Darien Gap, the jungle borderland between Colombia and Panama. 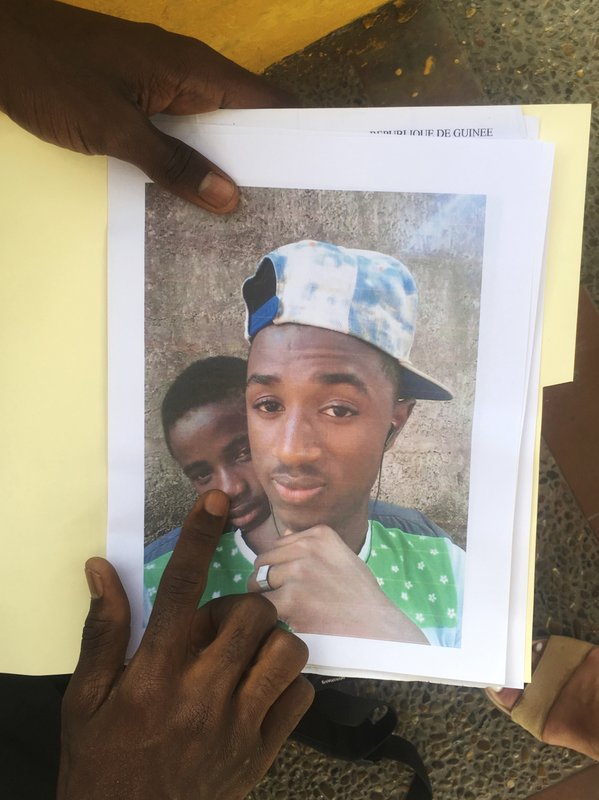 Mamadou Aliou Barry is pictured here with his friend, who was allegedly killed by Malinke tribe supporters.

Barry gingerly retrieved a pristine manila folder from his canvas knapsack containing his birth certificate and two color photos: one of himself with another friend in Guinea, the other of the friend’s bloody corpse. He said the friend was beaten to death by a gang of the ruling party’s supporters.

Barry said he knew the expense of printing the photos and the hassle of carrying them would be well worth it if he could find safety.

The credible-fear interviews typically take place by phone a few weeks after asylum seekers cross the border, meaning that the physical evidence immigrants take such care to convey may never be considered. If an initial claim is denied, petitioners can request that an immigration judge review the decision. But a judge cannot review fresh evidence, only the information in the Homeland Security case file.

In the absence of documents, some migrants offer their own bodies.

Indira Rubi, a 33-year-old Honduran nurse also waiting on the bridge, had only the scar on her left shoulder from a bullet to prove her and her 5-year-old’s need for protection from an MS-13 gang member who she said tried to rape and kill her back home.

She looked away and lowered her voice as she described the man she knew from the neighborhood breaking into her home and assaulting her.

In a migrant shelter in Reynosa, Mexico, Piedad de Jesus Mejia, 31, and her husband, Isidro Sacasa, 37, unsnapped a hefty clear plastic folder they had carried from their home in Honduras.

The couple fled in April with their five children the day after MS-13 gang members told their eldest, 14-year-old Ruben, that they would kill him unless he agreed to sell their drugs inside his high school. 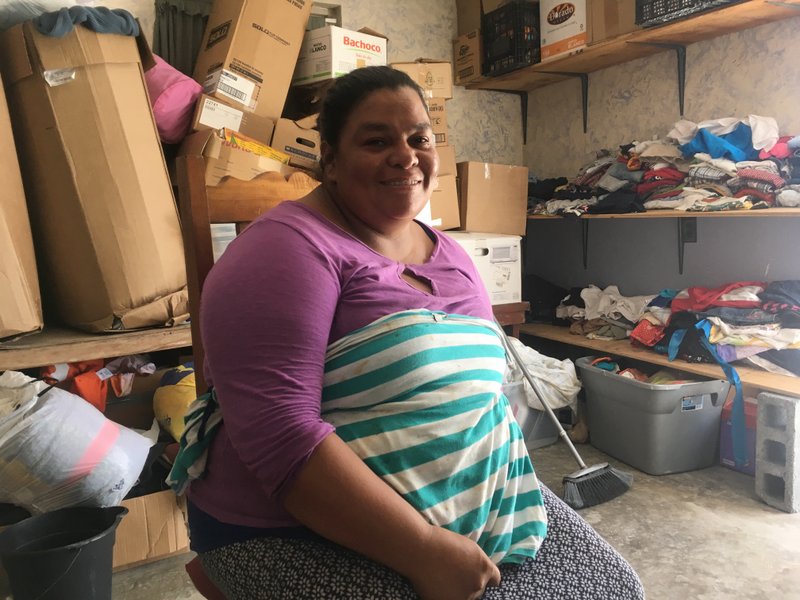 Several years earlier, two of the family’s cousins were slain.

“They were killed right in front of the house. I saw it all,” Mejia said in Spanish, shaking her head in disbelief, her exhausted body slumped in a chair. A copy of a medical examiner’s record listed one man’s cause of death on July 27, 2013, as homicide as a result of “various bullet wounds .”

Another cousin, age 25, also died that day, according to his death record. A third relative, the 25-year-old man’s brother, died last August at the age of 30, his death record showed.

Asylum seekers must demonstrate a “significant possibility” that they can prove that they have been persecuted or have a well-founded fear of persecution on grounds of race, religion, nationality, membership in a social group or political opinion if they are deported.

More than 3 out of 4 asylum seekers passed the screening from October to January, according to the latest published statistics. That approval rate may fall after Sessions narrowed the grounds for asylum.

At a recent hearing at the Port Isabel Detention Center near Brownsville, an immigration judge cited Sessions’ order in the case of a detained man from El Salvador who pleaded with the judge to review evidence that his life is at risk. An asylum officer had ordered the man deported.

“Even if you bring me evidence, bring me audio, photos, everything,” the judge said, “the asylum officer’s decision is consistent with the law.”