A playground surrounded by a large shade tree stands right outside the First Unitarian Church in Salt Lake City, where Vicky Chavez and her two young daughters have been taking sanctuary for the past six months.

But Chavez never allows Yaretzi, 6, or Issabella, 11 months, to play there. They never step foot outside the church.

Chavez, 30, is afraid that U.S. immigration officials would round them up and send them back to Honduras, where she said she fears for their safety because of an abusive boyfriend. Her fears led her to seek asylum in the United States four years ago.

Despite immigration judges repeatedly denying her request, Chavez told reporters Monday night that she’s determined to remain in the church and fight to stay in the Utah, where her parents and siblings live. In a long-shot effort, her lawyers are seeking relief from a federal appeals court.

“I shall keep fighting. I can help to be the voice of the other mothers that are seeking asylum from domestic abuse,” Chavez said, surrounded by supporters holding signs. “We come to this country to feel safe and protected.” 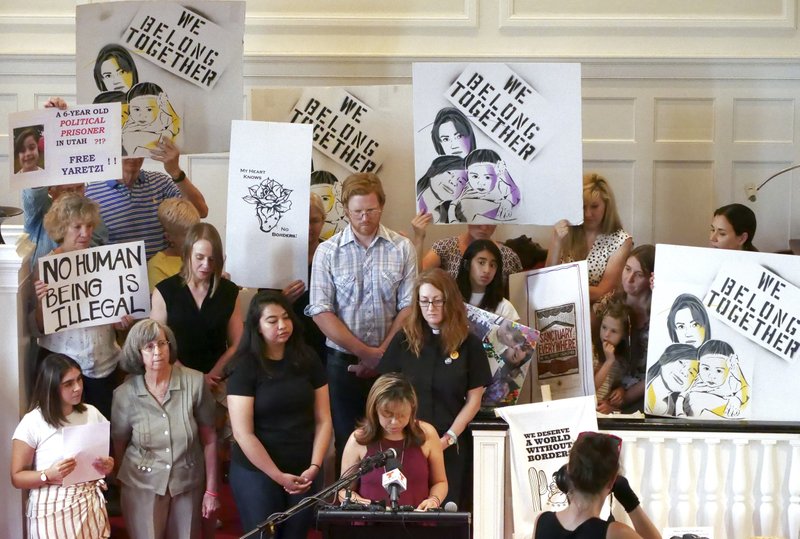 She said seeing other immigrant parents separated from their children at the border makes her even more reticent to return home and face a possible split from her daughters if she tried to seek U.S. asylum again. 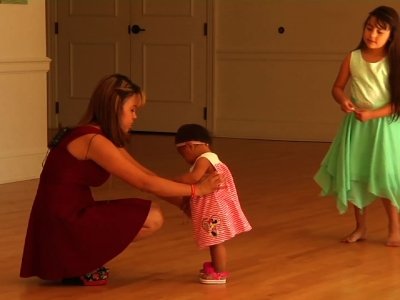 A Honduran woman ordered deported in 2016 is taking sanctuary with her two young daughters at a church in Salt Lake City. Vicky Chavez is vowing to fight her asylum case and seek relief from a federal appeals court. (July 10)

“I can’t imagine feeling the pain of being separated from one of my daughters,” Chavez said in Spanish during an interview with The Associated Press last month. “Sleeping in a detention center is not easy at all. I lived it. And I lived it with my daughter, but not separated.”

She entered the United States illegally in June 2014 and was ordered deported by a federal immigration judge in December 2016, Rusnok said. Chavez exhausted her appeals on Jan. 30, he said.

That night, Chavez had a plane ticket home to San Pedro Sula, Honduras. But instead she accepted an offer of sanctuary from the First Unitarian Church.

She and her daughters sleep in a converted Sunday school room and spend most of their time in another room with a TV, easel and other games. Yaretzi, the 6-year-old, receives piano classes in the chapel, and they dance and run in an open room with wood floors. 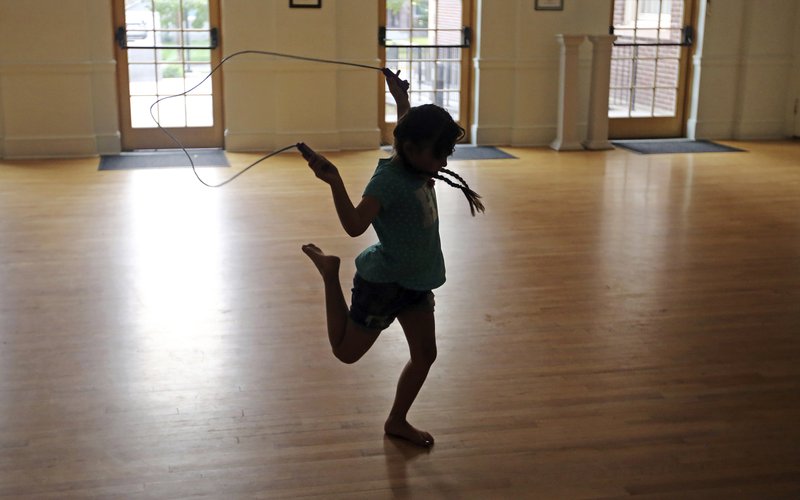 Baby Issabella learned to walk in the church and celebrated her first birthday early there this month. Yaretzi gets tutored instead of attending school.

“I feel sad because I can’t give my daughter a normal life,” Chavez said.

The family is among 44 people taking sanctuary in the U.S., according to information from Church World Service.

But they are the first known immigrants to take sanctuary in Utah, according to local immigration advocates and the state chapter of the American Civil Liberties Union. The practice has been common in states such as Arizona and California but unheard of in Utah, where Mormons account for about two-thirds of the population.

The Church of Jesus Christ of Latter-day Saints takes a compassionate stance on immigration and recently said it was “deeply troubled” by the family separations at the border but doesn’t offer sanctuary to immigrants.

The Rev. Tom Goldsmith of the First Unitarian Church in Salt Lake City said his congregation of about 300 families voted a decade ago to welcome a sanctuary case.

“It’s too easy to just conduct business as usual as a group of predominantly white, privileged parishioners,” Goldsmith said. “There is a deep calling to widen the love and commitment to social justice. To not only show up at demonstrations or protests or marches but to actually in a very tangible form prove that we really mean what we say.”

Some 200 church members and other volunteers help ensure the Chavez family is fed, educated, supported and protected. Church members tutor Yaretzi. They shop for groceries so the family has food they like.

And they take turns guarding the church’s one unlocked door around the clock, Goldsmith said. Though immigration authorities generally don’t enter churches, the church isn’t taking any chances, he said.

ICE agents must have prior approval from a supervisor to take action in churches because they are considered “sensitive locations,” which also include schools and hospitals, Rusnok said.

Chavez said she wants the chance to stay in the country that has been home to her parents and siblings for decades and where she and her children enjoy a peaceful life.

She and her supporters know she faces a steep hurdle after U.S. Attorney General Jeff Sessions, who oversees immigration courts, declared that domestic and gang violence are generally not sufficient grounds for asylum. Still, she says she has no choice.

“I don’t have family in Honduras. I don’t have a place to take my girls,” Chavez said. “I came because I’m running away from domestic violence. We were receiving death threats. … I’m scared to return to Honduras. Not just for me, but for my girls.”