Texas Momma Bear Does Not Play: Texas Mom Shoots Carjacker in the Head After He Tried to Steal Her Car With Her Babies Inside. I Have Tried to Tell You People Don’t Come to Texas With New York Mess Because You Will Be Sent Back to New York in a Casket. In Texas Everybody Has a Gun Including Black Folk and They Practice Shooting in Their Backyards. Texas Folk Don’t Play

A Texas mother shot a carjacker in the face as he tried to drive off in her car, with her two young children in the backseat.

Michelle Booker-Hicks was paying for her gas at a Shell station along Interstate 35 near Camp Wisdom Road on Wednesday night at 10pm. 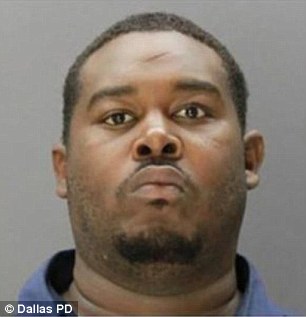 Suddenly, she saw a man climb into her car, which had her two sons, both aged four, in the back.

Booker-Hicks jumped into the front passenger seat and shouted at him to stop. But he ignored her and carried on her driving.

She told Fox 4 she grabbed her gun from her glove box and opened fire, shooting the carjacker in the face, hitting him under his right eye.

He was arrested at the scene and police have identified him as 36-year-old Ricky Wright.