A 16-year-old girl fell to her death off a 125-ft waterfall in western North Carolina, officials say.

H’Money Siu had been hiking with a group above Rainbow Falls in Pisgah National Park on July 4th when the 16-year-old and her younger sister were swept away by a current.

Onlookers rescued the 11-year-old sister but were not able to get to Siu in time, and the water carried her over the falls.

Siu is the second person to be killed at the falls in the last two weeks. 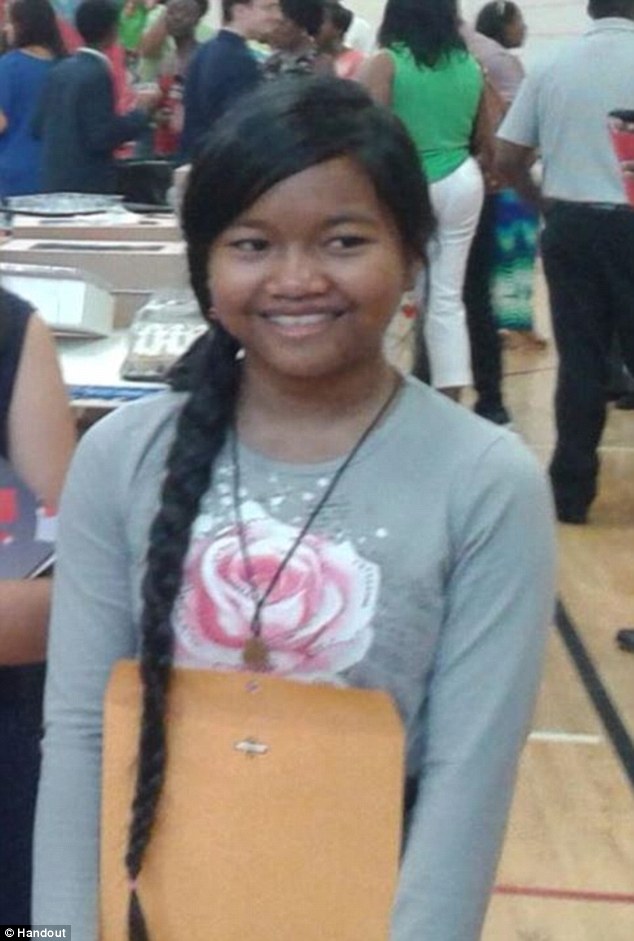 H’Money Siu, 16, was swimming at Pisgah National Park in western North Carolina on July 4th when a strong current carried her over Rainbow Falls and she fell 125ft to her death

Siu is the second person to be killed at the falls in the last two weeks. On June 23, a 42-year-old man got in the river to rescue his dog and both of them were carried over the edge

The group of about 25 hikers had parked their cars at Gorges State Park and made their way down the 1.5-mile trail to Horsepasture River above the falls.

Both girls from Charlotte, North Carolina, were swimming at around noon when the current pulled them to the edge, where Siu was carried over.

About 45 rescuers were sent to search for the teen’s body, which was discovered by a dive team in a pool below the falls around 4pm, Lake Toxaway Deputy Fire Chief Bobby Cooper told CNN.