Wow: Facebook Flags the Declaration of Independence as Hate Speech After Newspaper Shares an Excerpt That Brands Native Americans as ‘Merciless Indian Savages’ Online – But Restores It a Day Later

Facebook has flagged a portion of the Declaration of Independence as ‘hate speech’.

Local newspaper The Liberty County Vindicator in Texas had been posting daily bits of the Declaration of Independence in anticipation of the Fourth of July.

But on Monday their content was flagged after it posted an excerpt from the ‘Bill of Particulars’ against Britain’s King George III that included speech calling Native Americans ‘merciless Indian Savages’.

A day after the hate speech violation, the post was restored. 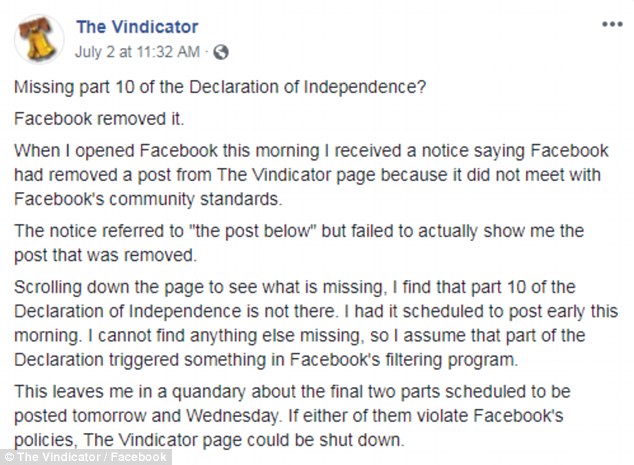 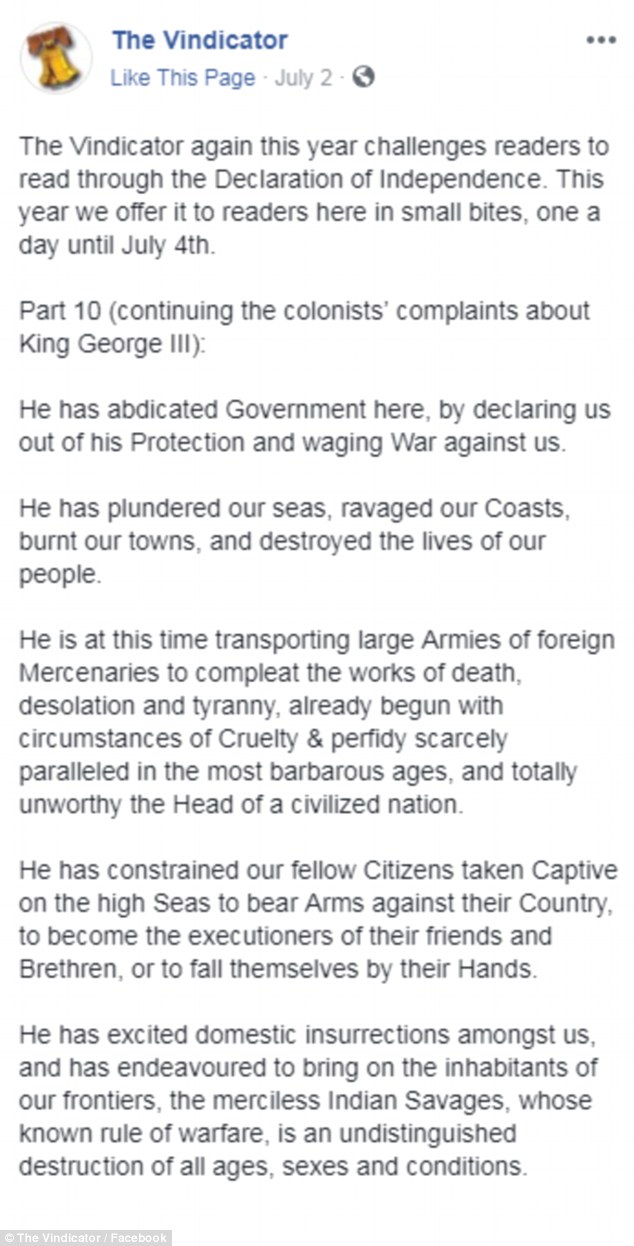 This is the post that Facebook flagged but later allowed back online, the editor suspects it was deemed harmful for its message on Native Americans 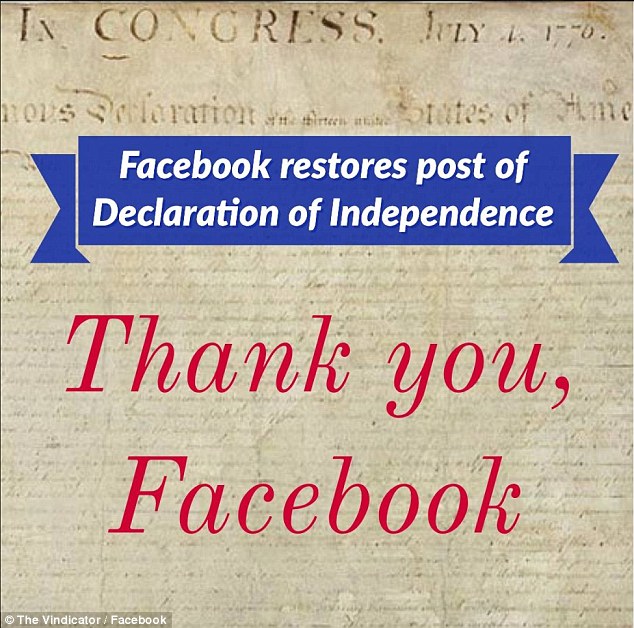 ‘He has excited domestic insurrections amongst us, and has endeavoured to bring on the inhabitants of our frontiers, the merciless Indian Savages, whose known rule of warfare, is an undistinguished destruction of all ages, sexes and conditions,’ the passage said.

After the paper tried to post the excerpt, they received an automated notice saying the post ‘goes against our standards on hate speech’, according to The Vindicator.

While it is unclear what key words triggered Facebook’s filter, the editor for the paper says it was likely ‘Indian Savages’.

The excerpt, from paragraphs 27 to 31 of the Declaration, was a list the people’s grievances against the king.

‘He has abdicated Government here, by declaring us out of his Protection and waging War against us. He has plundered our seas, ravaged our Coasts, burnt our towns, and destroyed the lives of our people,’ part of the excerpt says.