A Johns Hopkins Medicine spokeswoman says the fire department is investigating ‘the possible release of a small amount of tuberculosis’ in an internal bridge between two cancer research buildings.

Officials did not say how it might have been released.

According to local news station WBALTV, teams arrived in hazmat gear. A statement from Hopkins says the buildings were evacuated Thursday as a ‘cautionary measure.’ 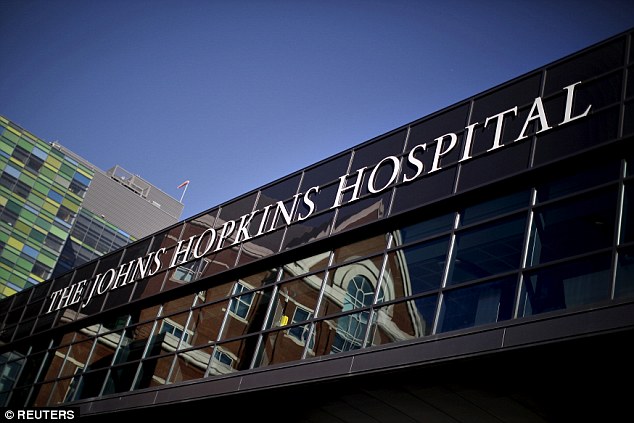 A tube of tuberculosis was being transported from one building at Johns Hopkins Hospital in Baltimore to another through a bridge that connects them. The tube dropped and opened

‘There was a small tube that contained a frozen sample, and it was dropped and the lid came off while the sample was still frozen inside,’ Dr Landon King, executive vice dean of the Johns Hopkins School of Medicine, told WBALTV.

Employees who were in the area have been isolated and are being evaluated.

The statement says it appears no one else was exposed.