President Donald Trump says that he had a ‘very good feeling’ about Kim Jong-unfrom the moment that they met.

‘I had a very good feeling about him from the standpoint – I shook his hand,’ he told reporters traveling with him Thursday on Air Force One. ‘I think we understand each other. I really believe that he sees a different future for North Korea.’

Trump again pointed out that Kim had not tested missiles or rockets for eight months – and claimed that his predecessor, Barack Obama, nearly went to war with North Korea.

‘You can ask President Obama, he was very close to going to war and he would have lost 50 million people,’ he claimed. ‘The rhetoric was very strong.’

Should Kim make an about-face, Trump said, ‘We’ll go back to the other way.’ 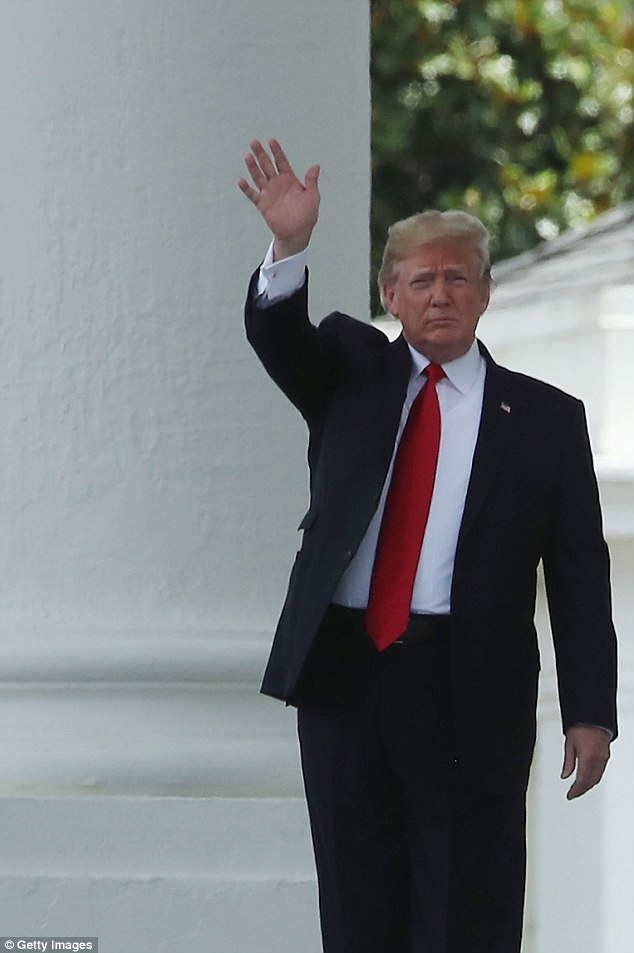 The president was demure when asked about a report that Kim is looking to deceive the U.S. about the size of its nuclear stockpile, however.

Trump spoke to reporters en route to a political rally in Montana.

His Secretary of State Mike Pompeo was traveling to North Korea  at the same time in search of a firm agreement with Pyongyang to completely and verifiably denuclearize and end its ballistic missile production.

Kim Jong-un‘s government has taken no major steps since a summit in Singapore last month to fulfill a pledge to disarm.

Instead, satellite imagery has shown the rogue nation expanding a ballistic missiles site. A Washington Post report, citing U.S. intelligence officials, also claimed an effort was underway by Pyongyang to conceal its nuclear sites and and some of its warheads from the United States.

President Trump had slapped down the Post report as nonsense on Tuesday, based on its anonymous sourcing. White House Press Secretary Sarah Sanders declined on Monday to comment on sensitive information that comes from U.S. intelligence reports. 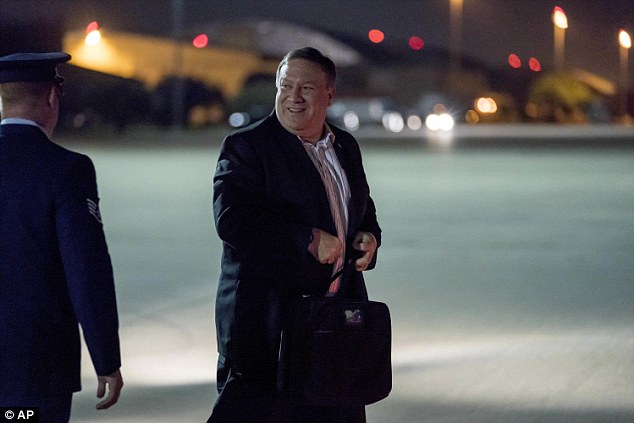 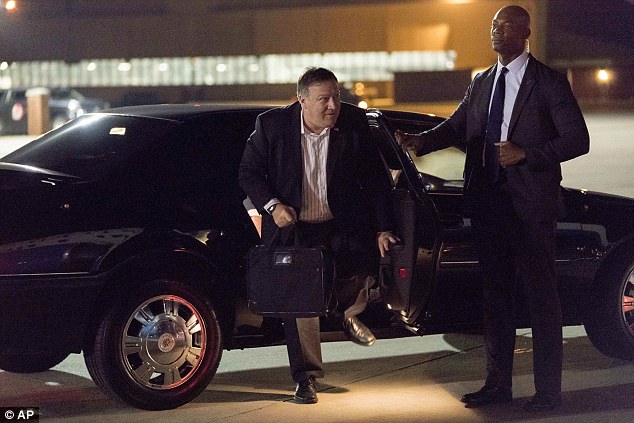 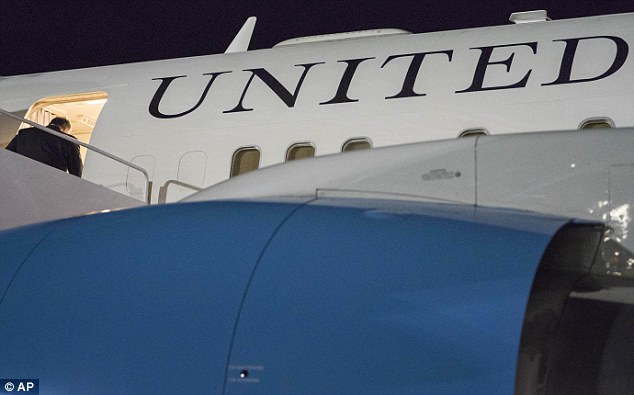 Pompeo is making his third trip to North Korea this week to discuss denuclearization of the Korean Peninsula directly with Kim.

Sanders announced at the news conference that Pompeo would make a third trip to North Korea this week to discuss denuclearization of the Korean Peninsula directly with Kim.

Pompeo departed from Joint Base Andrews just outside of Washington in Maryland early Thursday morning. He’s making his way to Pyongyang by way of Alaska.

‘There’s great momentum right now for positive change, and we’re moving together for further negotiations,’ Sanders said Monday of Pompeo’s trip and an assessment by a senior national security aide that North Korea could denuke in a year if Kim wanted to.

Sanders at the Monday news conference that ‘conversations are continuing to evolve’ between Washington and Pyongyang and ‘progress continues to be made.’

The administration is resting its case on North Korea’s halted nuclear tests and ballistic missile demonstrations. It has been eight months since North Korea has  antagonized its neighbors and the U.S. with a missile launch.

‘Many good conversations with North Korea-it is going well! In the meantime, no Rocket Launches or Nuclear Testing in 8 months,’ President Trump on Tuesday morning tweeted. ‘All of Asia is thrilled. Only the Opposition Party, which includes the Fake News, is complaining. If not for me, we would now be at War with North Korea!’

Later in the day, Trump ripped the Post as a ‘disgrace’ to journalism for using unnamed intelligence officials in its report on North Korea’s efforts to deceive the United States about its nuclear stockpile and capabilities.

He claimed the Post’s sources do not exist and they are hiding behind anonymity ‘because there is no one to give them the kind of negative quote that they are looking for.’

But neither he nor his spokeswoman said that the underlying reporting was false.

An NBC report a day prior had also claimed that intelligence analysts at the CIA and elsewhere in the U.S. government believe that Kim will try to hide his production facilities and capabilities in order to exact as many concessions from the U.S. as possible in negotiations.

Nauert recalled that a year ago on Independence Day she had to cut short her holiday because of a North Korean ICBM launch.

‘So if we look back to where we were one year ago, we’re in a good position today and I think that’s what the President was simply referring to,’ she said of Trump’s tweet that morning giving himself a back-pat for preventing nuclear war.

Nauert said: ‘A lot of people were in panic. A lot of people around the world were very concerned about what would happen between the United States and North Korea. And the fact that our Secretary is now getting ready to go and have his fourth meeting with the North Koreans in less than three months I think is a testament to just how far we’ve come.’

Pompeo’s trip dovetails another report that was making waves on Monday that said President Trump‘s next summit with Kim could take place in New York at the annual gathering of the United Nations.

A report in Axios said the Trump administration is considering a second sit down with Kim in New York while the international body holds its general assembly.

For Trump to meet with Kim in New York on the sidelines of the September event, however, the president would have to see serious movement in the direction of denucleraization, the news outlet reported.

Sanders told reporters during her news conference later in the day, ‘We don’t have any announcements or plans to roll out at this point.’

She would not say whether the president has decided that he can trust the 33-year-old authoritarian leader who ordered the murder of his uncle and bother to consolidate power.

‘Again, we see progress and momentum in the process, and we’ve had good conversations as recently as yesterday. And we’re going to continue those conversations later this week, and push forward,’ she said, referring to the Pompeo trip.