A woman who got her leg trapped under a subway train begged rescuers not to call an ambulance because she couldn’t afford it.

The 45-year-old was walking off Boston’s Orange Line train at Massachusetts Avenue around 5.30pm on Friday when she lost her footing and plunged down the gap, giving her a deep cut that went right down to the bone.

Her fellow passengers helped push the train to the side and free her, but even as she thanked them, shaking and weeping from the pain, she begged them not to call an ambulance because it cost too much.

The woman’s heartbreaking pleas have reignited the debate around healthcare in the US, with many branding it ‘barbaric’ that someone should be forced to choose between life and debt. 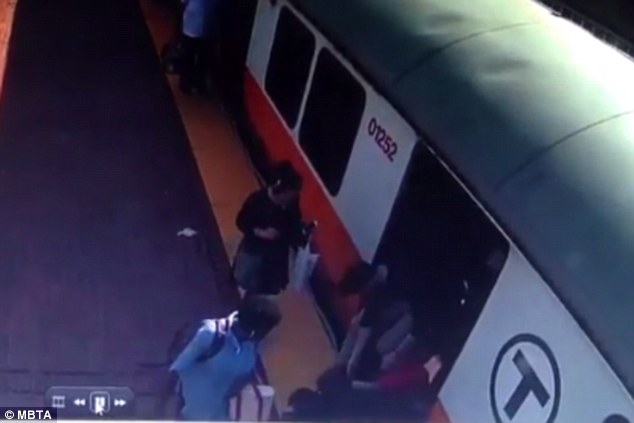 ‘It is absolutely disgraceful that someone has to worry about the cost of an ambulance in a situation like that. My thoughts are with her,’ said Twitter user Yalina.

Another wrote: ‘We need universal healthcare bad, an accident shouldn’t force you to choose between crushing debt or permanent injury/death.’

Stefan Sirucek said that the ‘awful’ state of American healthcare often came as a shock to the many nations that already have universal healthcare.

‘When you tell people from other countries stories like this they don’t believe it,’ he tweeted.

‘Health care should be a human right in 2018, ‘ Lily Bargheon said.

Many Americans said they are angry with the current state of healthcare, which they say is confusing, unfair and overly expensive.