Hitler’s Reich in Ruins: Incredible Photos Taken by One of the First British Soldiers to Enter Berlin Show the Devastated Nazi Headquarters

Never-before-seen photos of Adolf Hitler’s Reich Chancellery in ruins after the surrender of Berlin in the summer of 1945 are being put up for auction in Britain.

They show how the once lavish interior of the Chancellery, including Hitler’s private office and his henchmen’s conference room, was reduced to rubble by the Allies in the final days of the war.

The fascinating photo album was compiled by one of the first British soldiers to enter Berlin at the end of the Second World War – a mystery member of the Grenadier Guards. Reich in ruins: This collection of never-before-seen photos of Berlin after the surrender in 1945 shows Adolf Hitler’s Reich Chancellery in ruin after being devastated by Allied bombs and the Red Army 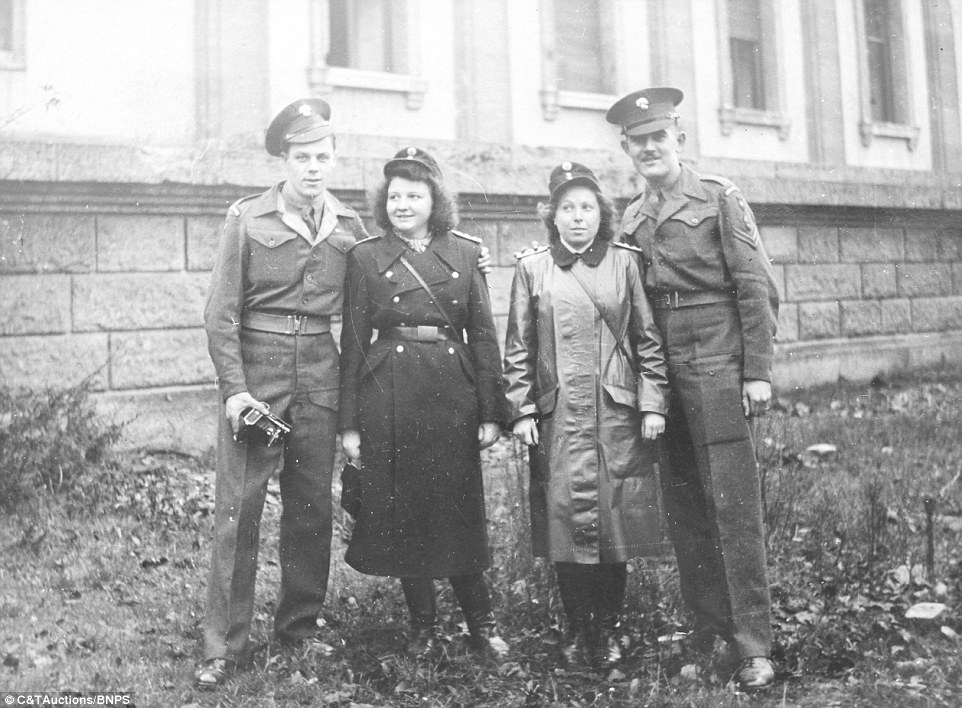 Popular with the ladies: The mystery Guardsman (left) poses with a fellow Guardsman and Russian female soldiers in Berlin 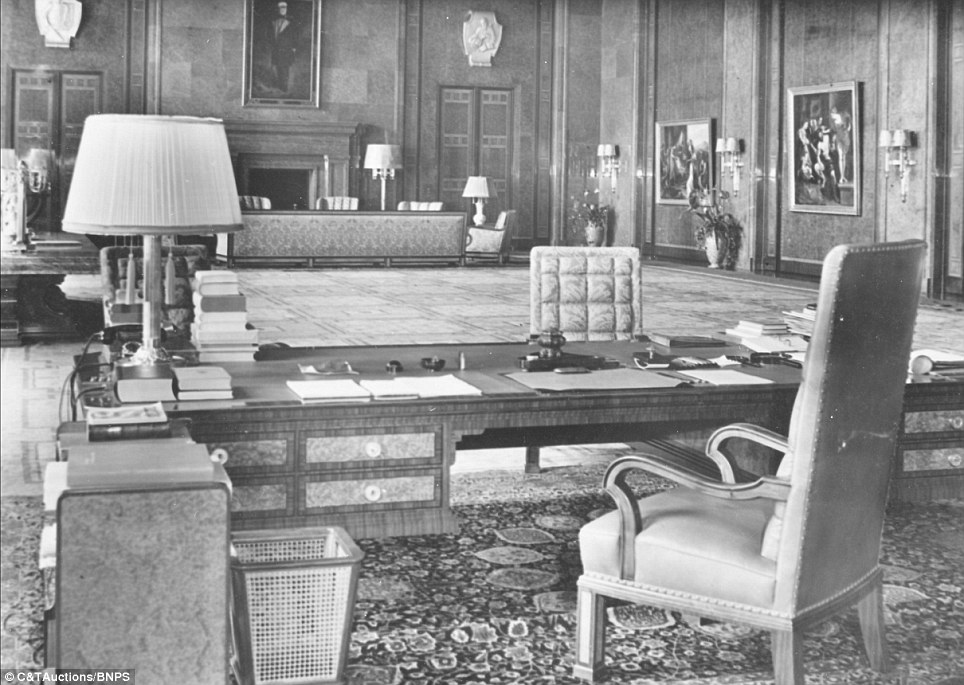 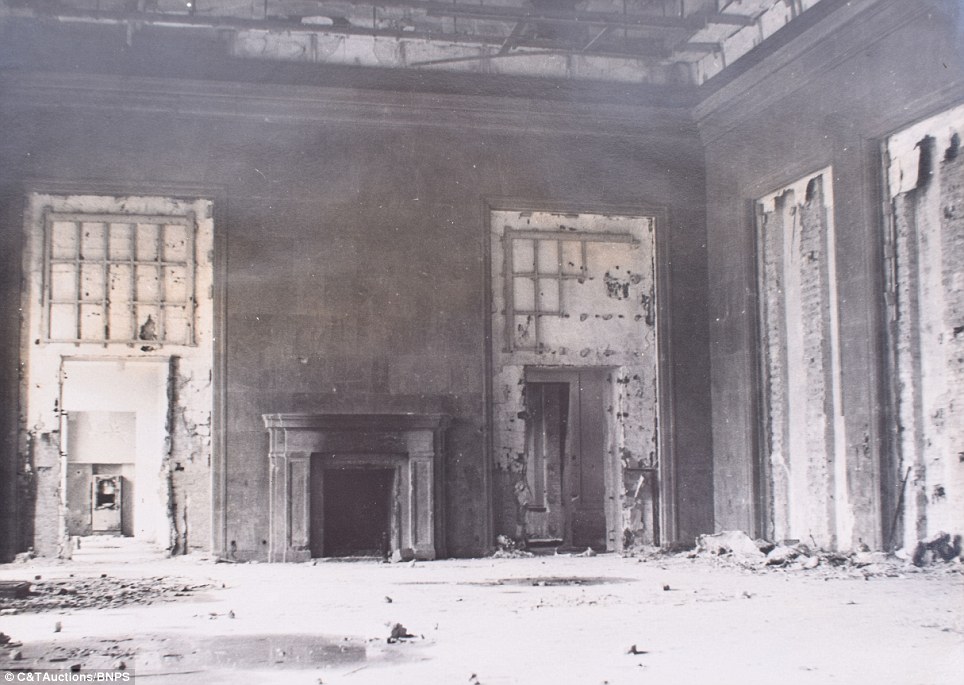 Hitler’s private chamber: The Nazi dictator’s private office is pictured during the war, and in July 1945, after it was destroyed 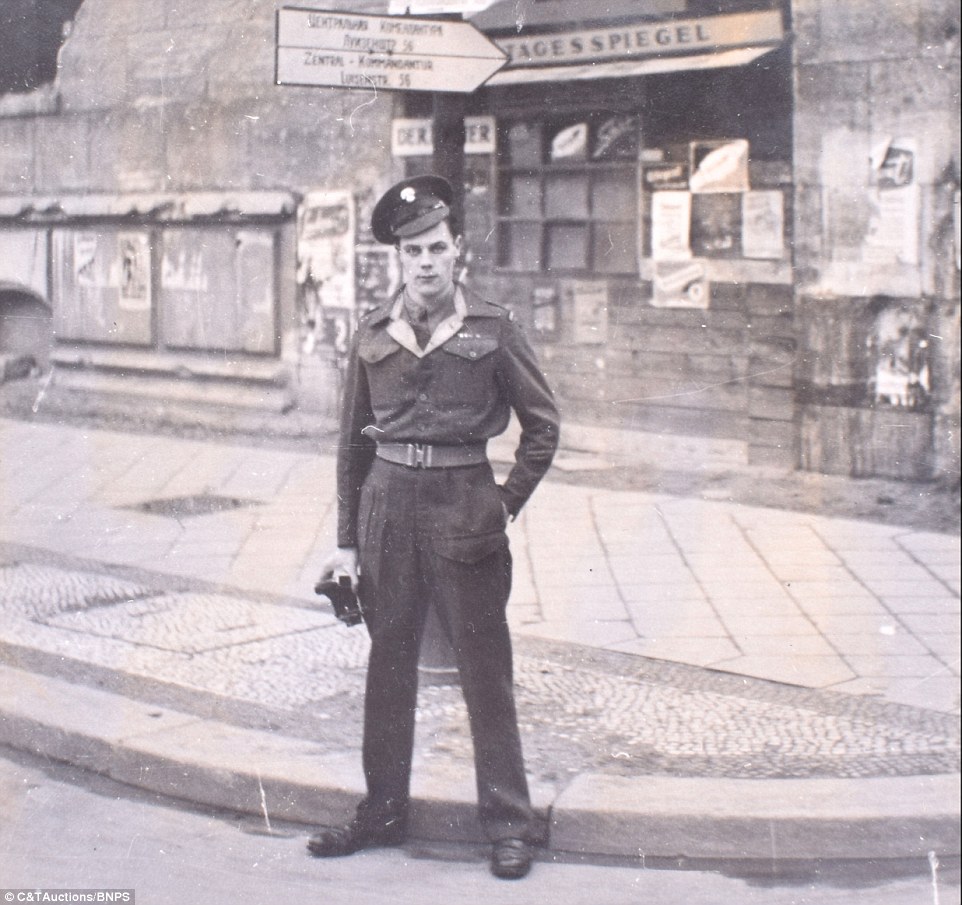 Mystery man: The photographs have been consigned to a Kent auction firm, but they have been unable to unveil the identity of the young British Guardsman who is behind the lens and also appears in many photos himself The collection includes photos taken by the unnamed soldier both inside and outside the Chancellery in Berlin, as well as Nazi postcards he acquired to show how it would have looked during the war.

A sign outside the chancellery is seen covered in bullet holes and graffiti left by the Russians, who were the first soldiers to reach Berlin in April 1945.