NFL star Janoris Jenkins has broken his silence in the death of his friend whose body was found in the basement of his home following a fight with his ex-convict brother.

It has been more than a week since music producer, Roosevelt Rene, 25, was found dead at the Giants cornerback’s home in New Jersey.

Since then, Janoris’ brother, William Jenkins, 34, was charged with aggravated manslaughter in connection to Rene’s death.

In an Instagram post, shared by Janoris on Thursday, the athlete said he ‘lost a true friend’.

With Regret and sadness I wish to inform the fans, and the public a good friend of mine Roosevelt Rene a.k.a Trypps Beats was found dead at my place of residence.’

‘Trypps was a good friend and we were collaborating on music production together,’ Janoris wrote. ‘It truly hurts my heart to know he passed away.’

Janoris said at the time of the incident he was in Florida, ‘preparing to finish off my promotional tour’.

‘As this is an ongoing incident, I cannot answer any questions related to the investigation,’ he wrote. ‘I am praying for Roosevelt and his family.’

Scroll down for video 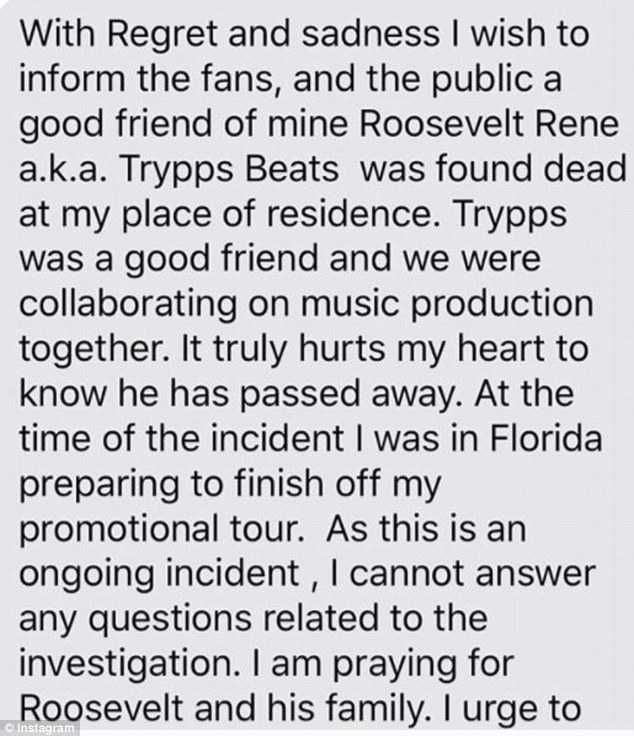 In an Instagram post (pictured), shared by Janoris on Thursday, the athlete said he ‘lost a true friend’ as he remembered 25-year-old music producer, Roosevelt Rene 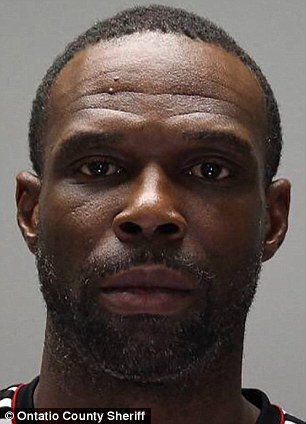 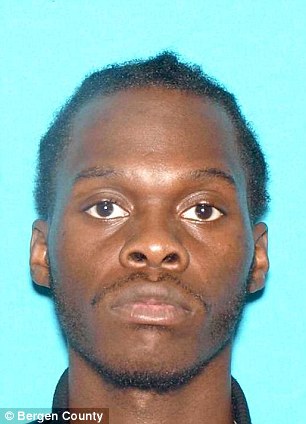 William Jenkins (left) was arrested last week in the death of Roosevelt Rene (right). He was arrested for parole violation in Ontario County, NY, just before 2am on Tuesday – nine hours before the body was discovered in the basement of Janoris’ home in Fair Lawn, New Jersey

William Jenkins was arrested last week in the death of Rene. He was arrested for parole violation in Ontario County, New York, just before 2am on Tuesday – nine hours before the body was discovered in the basement of Janoris’ home in Fair Lawn, New Jersey.

Ontario County is located more than 300 miles away from Fair Lawn.

According to a complaint, William showed extreme indifference to human life and recklessly caused Rene’s death.

The complaint adds that investigators learned of the fight while interviewing William in the Ontario County Jail.

He was taken into custody on an unrelated parole violation. Law enforcement revealed he was a person of interest in Rene’s death after the body was discovered.