Musa scored two second-half goals to help the Nigerians beat Iceland 2-0 Friday and move into second place in the group behind already-qualified Croatia.

Nigeria will face Argentina in its final group match on Tuesday in St. Petersburg. If Nigeria wins, it will advance to the round of 16. But if Argentina claims all three points, it can still advance depending on the result of the other match between Croatia and Iceland. 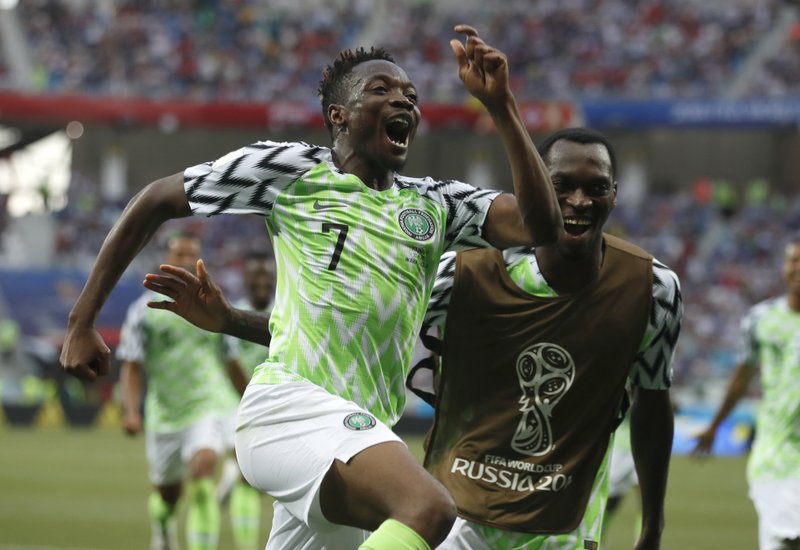 Musa, Nigeria’s all-time leading World Cup scorer with four goals, has played well against Argentina before. His two previous goals came at the 2014 tournament in Brazil in a group match against the two-time champions. 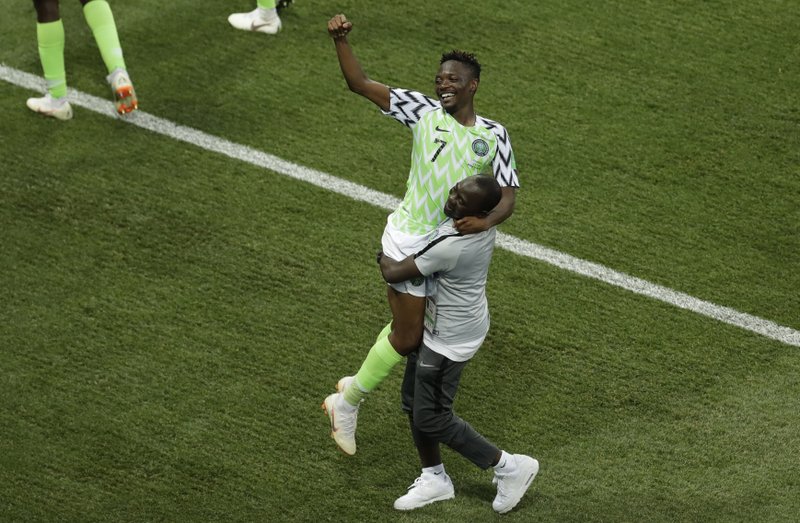 On Friday, Musa gave Nigeria the lead in the 49th minute after Victor Moses sprinted deep into the Iceland half and curled a cross to the near post. Musa deftly controlled the ball before slamming it past Iceland goalkeeper Hannes Halldorsson on the half-volley.

Nigeria nearly doubled its lead on several occasions, but Musa made it happen in the 75th minute. He picked up the ball on the left side of the Iceland penalty area, mazed his way past Halldorsson and picked his spot in the Iceland goal.

“I think the control made it more perfect for me,” said Musa, who hinted he wants to leave Premier League club Leicester and play for CSKA Moscow.

Iceland, the smallest nation ever to compete in the World Cup, was not as effective as it had been against Argentina when it earned a surprise 1-1 draw.

Still, the European champion quarterfinalists had a chance to get one back but Gylfi Sigurdsson sent a penalty kick over the Nigeria bar in the 83rd minute. The penalty was awarded after a video review showed that Alfred Finnbogason had been brought down by Tyronne Ebuehi.

Nigeria coach Gernot Rohr made some tactical changes for the match, and they worked.

As well as starting with Musa, he opted to play captain John Obi Mikel in a more defensive role in midfield. His presence helped to shore up the defense against Iceland’s two-man forward line.

Rohr had come under pressure on the eve of the match to play Obi Mikel as a shield in front of the defense, the position he has played for much of his career, including at Chelsea. Rohr also played midfielder Victor Moses more defensively, too.

“If you change something you have to explain why,” Rohr said, “and they have to do it with conviction and motivation.” 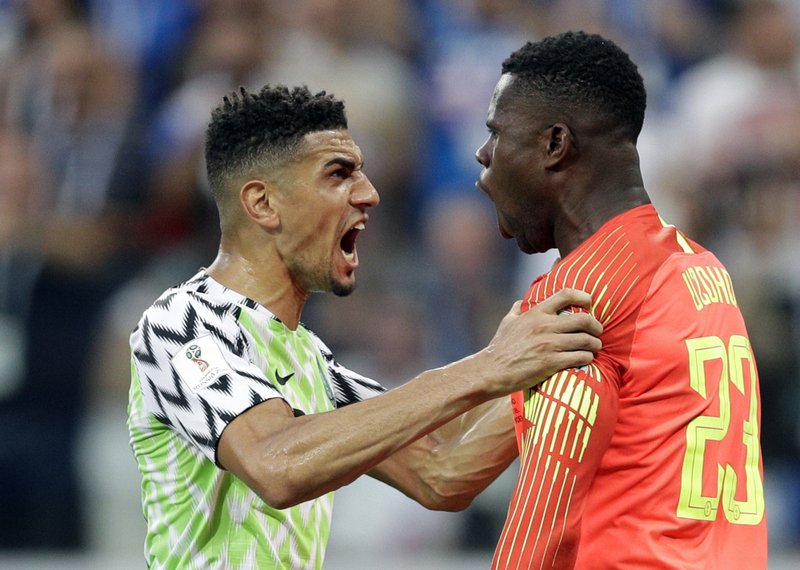 Croatia can be joined by any of the other three teams in Group D in the round of 16.

Iceland can qualify if it beats Croatia in Rostov-on-Don on Tuesday in a match that takes place at the same time as the game between Nigeria and Argentina.

“We have to focus on the last game because that’s more important than today’s win,” Musa said.

“We often say we are like a married a couple trying to get a divorce, but we always meet up again,” Iceland coach Heimir Hallgrimsson said. “We know Croatia. We know what kind of game it is going to be.”