Students of the historically black university staged a sit-in at the campus’ administration building on Thursday. They vowed to remain in the building until university President Wayne A.I. Frederick resigns, according to reporter Anna-Lysa Gayle at WJLA-TV in Washington, D.C.

The embezzlement went on for nearly a decade, Frederick confirmed Wednesday. Six employees of the financial aid office have been fired.

During the daylong protest on Thursday, students posted signs with their demands outside of the administration building, which included a demand for Frederick’s resignation. Students were still occupying the building by 10 p.m. local time. 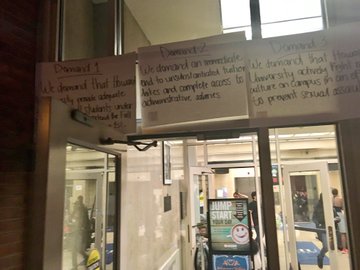 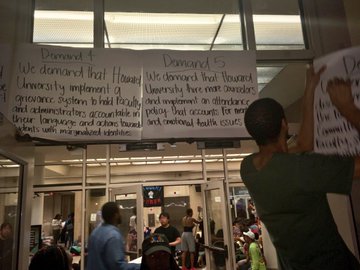 At one point, the student protesters sang Rihanna’s hit single “Bitch Better Have My Money” ― a song that resonated with the students who felt betrayed after a whistleblower revealed that financial aid officials had misappropriated funds earmarked for low-income students. 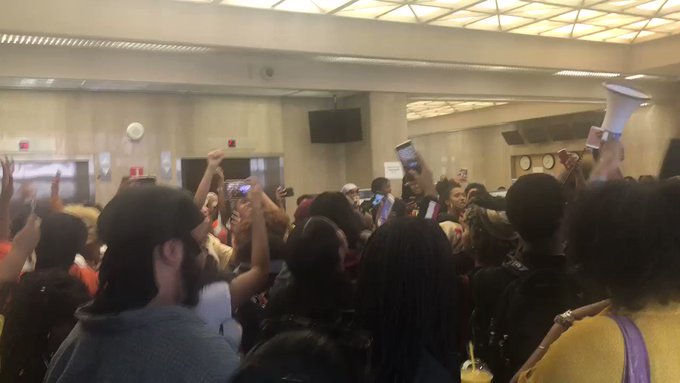 Rihanna showed her support for the Howard student’s protest and retweeted a video of them singing her song.

HU Resist, a student-run organization, had actually scheduled the sit-in before news of the university’s embezzlement scandal broke. The organization published a list of demands for the university, accusing the its administrative staff of negligence and calling for more transparency.

The demands also included an end to “unsubstantiated tuition hikes,” “complete access to administrative salaries” and the resignation of Frederick as university president.

The organization doubled down on its sit-in protest after learning of the scandal, according to local news station DCW50.