If she’s successful, it would be the first deposition of a sitting president since Bill Clinton in 1998 had to answer questions about his conduct with women.

Daniels’ attorney, Michael Avenatti, is seeking sworn testimony from Trump and his personal lawyer, Michael Cohen, about a $130,000 payment made to Daniels days before the 2016 presidential election as part of a nondisclosure agreement she is seeking to invalidate. Avenatti filed the motion in U.S. District Court in California on Wednesday.

Trump has kept a low profile all week, as has first lady Melania Trump, who is spending the week in Florida. White House spokeswoman Sarah Huckabee Sanders said Trump had denied the allegations and directed further questions to outside counsel. Cohen’s attorney, David Schwartz, told CBS that the filing was a “reckless use of the legal system.”

Despite the pushback, the persistent focus on Daniels is a troubling distraction for a White House already struggling with an exodus of top staffers, a floundering agenda and the looming threat from the Russia investigation.

Avenatti is just one on a growing list of lawyers looking to question Trump. Attorneys for a former “Apprentice” contestant have said they want to depose the president as part of a defamation suit. And the president’s legal team continues to negotiate with special counsel Robert Mueller over the scope and terms of an interview with the president.

A hard-charging attorney maintaining a near-constant presence on television news, Avenatti wants to question Trump and Cohen for “no more than two hours.” In the filing, he says the depositions are needed to establish if Trump knew about the payment, which Avenatti refers to as a “hush agreement,” and if the future president consented to it. 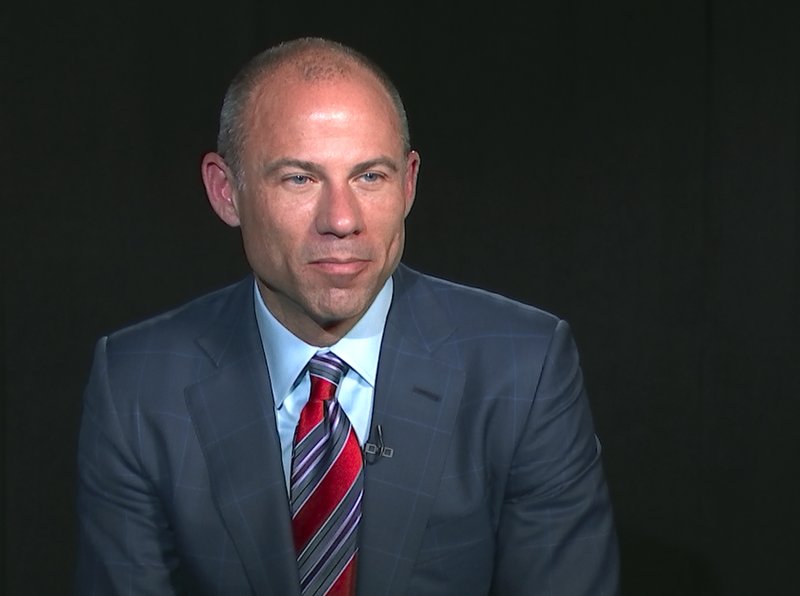 “We’re looking for sworn answers from the president and Mr. Cohen about what they knew, when they knew it and what they did about it,” Avenatti told The Associated Press.

While he noted that “in every case you always have to be open to settlement,” Avenatti said that “at this point we don’t see how this case would possibly be settled.”

A former businessman, Trump is no stranger to high-stakes litigation, sitting for depositions in contract and defamation lawsuits over the years. Those interviews show his deep experience in giving statements to lawyers, but also reveal a witness who could be voluble, boastful and, at times, combative.

Georgetown University law professor Naomi Mezey said a deposition presented risks because it is the way to get the president in a vulnerable position. “And President Trump is a particularly vulnerable president,” Mezey said.

Daniels, whose legal name is Stephanie Clifford, detailed her alleged 2006 tryst with Trump in a widely watched interview with CBS’ “60 Minutes” broadcast Sunday. She said she’d had sex with him once, shortly after Melania Trump gave birth to the president’s youngest son.

Daniels also said that a man approached her in a Las Vegas parking lot in 2011 when she was with her infant daughter, and threatened her with physical harm if she went public with her story.

The interview prompted a flurry of new legal action, with a lawyer for Cohen demanding that Daniels publicly apologize to his client for suggesting Cohen was involved in her intimidation. Daniels responded by filing a revised federal lawsuit accusing Cohen of defamation. 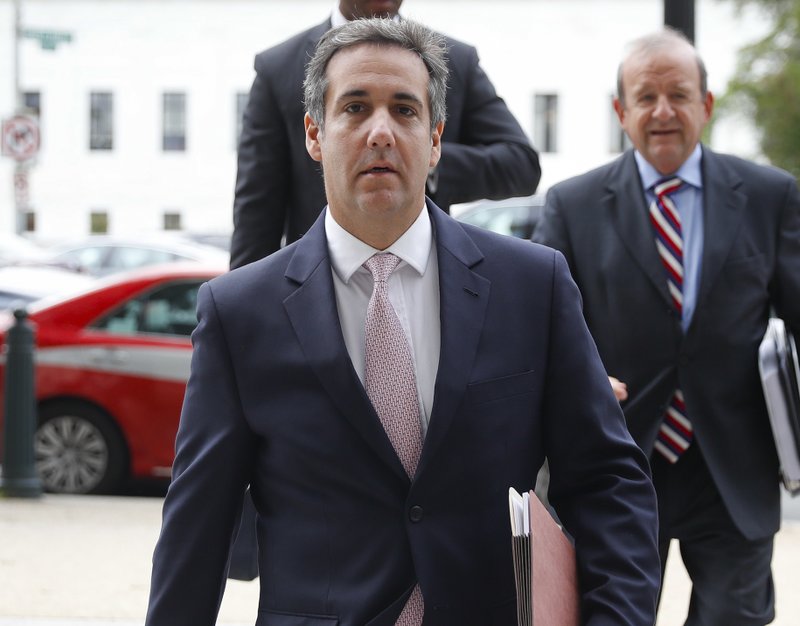 Cohen has said he paid the $130,000 out of his own pocket and that neither the Trump Organization nor the Trump campaign was part of the transaction. Avenatti has argued that the “hush agreement” Daniels signed in October 2016 is invalid because it was not signed by Trump.

A hearing before Judge S. James Otero in the federal court’s Central District in Los Angeles is set for April 30.

The motion notes that Clinton was deposed while in office in 1998 during Paula Jones’ sexual harassment suit. That came after the Supreme Court ruled that a sitting president was not immune from civil litigation on something that happened before taking office and was unrelated to the office.

In that deposition, Clinton sat at an oval conference table at a law firm and answered questions for six hours on Jones and other women her attorneys hoped would prove a pattern of sexual misconduct.

Jones’ case was dismissed by a judge, then appealed. The appeal was still pending when Clinton agreed to pay $850,000 to Jones to settle the case. He did not admit wrongdoing. Later in 1998, Clinton also gave grand jury testimony about his relationship with White House intern Monica Lewinsky.

Clinton was impeached by the House later that year. One of the approved charges alleged that he committed perjury before the grand jury when asked about Lewinsky. He was acquitted in the impeachment proceedings.

Daniels is not the only woman accusing Trump. Former Playboy model Karen McDougal said in a recent CNN interview she had an affair with Trump that began at a bungalow at the Beverly Hills Hotel in 2006. McDougal said she ended the relationship in 2007 out of guilt concerning Mrs. Trump.

McDougal has filed suit in Los Angeles seeking to invalidate a confidentiality agreement with American Media Inc., the company that owns the supermarket tabloid National Enquirer. It paid her $150,000 during the 2016 presidential election and did not publish a story on her relationship with Trump.