A teenager armed with a handgun shot and critically wounded a girl inside a Maryland school on Tuesday and the shooter was killed when a school resource officer confronted him moments after the gunfire erupted. A third student was in good condition after he was shot.

The shooting at Great Mills High School, a month after 17 people were killed at a Florida high school, intensified calls for Congress to act on gun violence at schools. This weekend, students across the country plan an anti-gun violence march on the nation’s capital.

In Maryland, it wasn’t immediately clear whether the shooter took his own life or was killed by the officer’s bullet, St. Mary’s County Sheriff Tim Cameron said, though the officer was credited with preventing any more loss of life.

Authorities didn’t release a motive, but said they believe the girl and the shooter — 17-year-old Austin Rollins — previously had a relationship. It wasn’t clear how the 14-year-old boy was wounded.

The officer, who doubles as a SWAT team member, was unharmed.

Police did not identify the victims, but the family of 16-year-old Jaelynn Willey, a sophomore at Great Mills, confirmed that she had been shot.

Jaelynn is one of nine siblings, according to a statement from the family, and a member of the swim team. 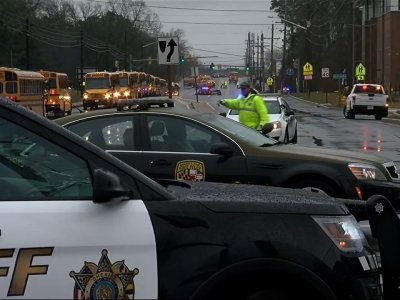 A shooting at a Maryland high school Tuesday morning injured three people, including the gunman. Police were urging relatives to go to a nearby school to reunite with their students there. Some parents expressed exasperation. (March 20)

“Jaelynn is an amazing young lady, whose peaceful presence and love of her fellow students and family is known throughout her Maryland-based school,” the family statement said.

A fundraiser for the family on the youcaring.com website had already raised more than $25,000 by Tuesday evening.

Politicians responded swiftly to the shooting about 65 miles (105 kilometers) southeast of Washington.

“We sympathize. We empathize. We have moments of silence. But we don’t have action,” said the No. 2 U.S. House Democrat, Steny Hoyer, who represents the area in Congress. “Wringing our hands is not enough.”

In this case, it appeared the shooter illegally possessed the gun. In Maryland, a person must be 21 to possess a handgun, unless carrying one is required for employment. It’s unclear how Rollins obtained the weapon.

Attempts to reach his family were unsuccessful.

One of the shooter’s friends, 14-year-old Jordan Hutchinson, and his mother dropped off a condolence card at the Rollins home.

Jordan recalled meeting Austin five years ago during a snowstorm, and building snow forts together.

“Austin was a nice kid. We did sleepovers all the time,” he said.

The sheriff praised the school resource officer, Deputy First Class Blaine Gaskill, a six-year veteran in his first year at the high school, for containing the situation in less than a minute.

“He had to cover significant ground,” Cameron said. “The premise is simple: You go to the sound of gunfire.”

Students endured a lengthy lockdown, cowering inside classrooms and a locker room while officers worked to make sure there were no more threats on campus. 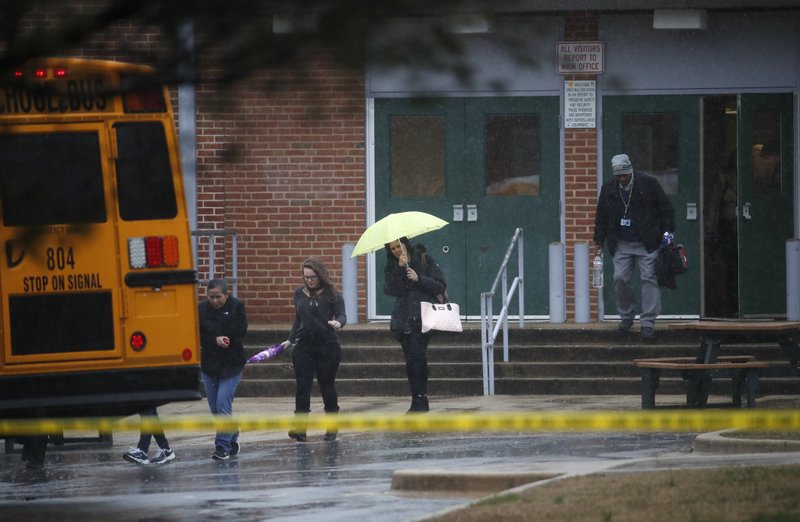 “They came in with guns, and they probably thought there might be another shooter, of course,” she said. “About an hour or two later they came — more police came — and told us they would search us and search our bags and stuff.”

Eventually, the students were escorted outside and taken to another school to be reunited with their parents.

Sen. Ben Cardin, D-Md., said at a minimum, universal background checks and a ban on assault-style weapons are needed. He said he believes momentum is building for reform, fueled by student activism.

“I can tell you that Americans are listening to our students,” he said. “I think our political system will respond.”

Republican Gov. Larry Hogan, meanwhile, accused the Democrat-led legislature of failing to take action on “one of the most aggressive school safety plans in the country.” It commits $125 million for capital improvements such secure doors and windows, metal detectors and security cameras. It also includes another $50 million annually to pay for school resource officers, counselors and technology. 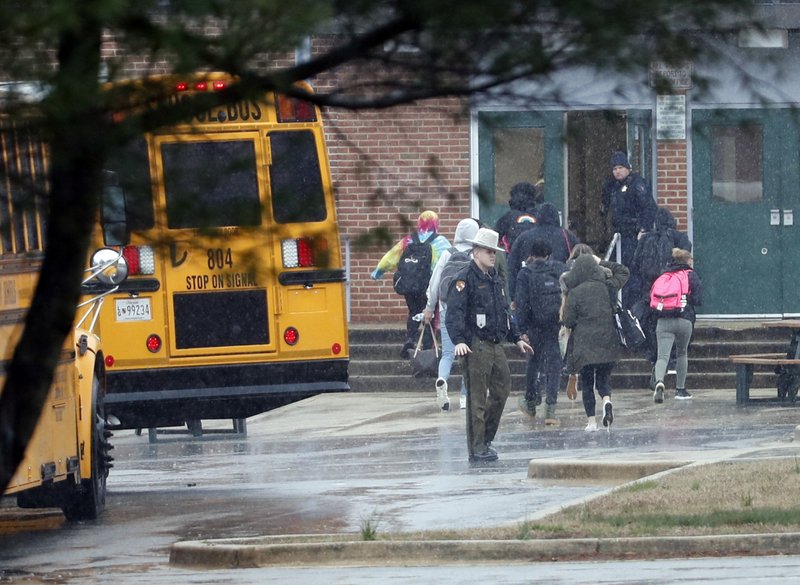 Hogan said “it’s outrageous that we haven’t taken action yet,” with less than three weeks left in the session.

Just last month, the St. Mary’s County sheriff’s office said it arrested two teenage boys for “threats of mass violence” and a 39-year-old man on related charges after the teens made threats about a potential school shooting at Leonardtown High School. Police said they obtained a search warrant that led to them finding semi-automatic rifles, handguns and other weapons, along with ammunition.