Unswayed by Republican warnings of a trade war, President Donald Trump ordered steep new tariffs on steel and aluminum imports to the U.S. on Thursday, vowing to fight back against an “assault on our country” by foreign competitors. The president said he would exempt Canada and Mexico as “a special case” while negotiating for changes to the North American Free Trade Agreement.

The new tariffs will take effect in 15 days, with America’s neighbors indefinitely spared “to see if we can make the deal,” Trump said. He suggested in an earlier meeting with his Cabinet that Australia and “other countries” might be spared, a shift that could soften the international blow amid threats of retaliation by trading partners.

Those “other countries” can try to negotiate their way out of the tariffs, he indicated, by ensuring their trade actions do not harm America’s security.

Surrounded by steel and aluminum workers holding hard hats, Trump cast his action as necessary to protect industries “ravaged by aggressive foreign trade practices. It’s really an assault on our country. It’s been an assault.” 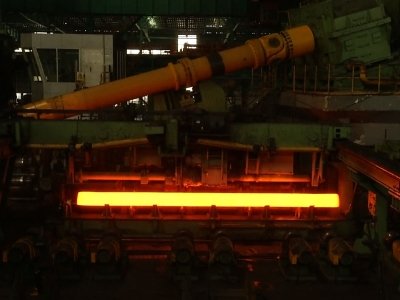 His move, an assertive step for his “America First” agenda, has rattled allies across the globe and raised questions at home about whether protectionism will impede U.S. economic growth. The president made his announcement the same day that officials from 11 other Pacific Rim countries signed a sweeping trade agreement that came together after he pulled the U.S. out of the Trans-Pacific Partnership last year.

Though he focused on workers and their companies in his announcement, Trump’s legal proclamation made a major point that weakened steel and aluminum industries represent a major threat to America’s military strength and national security.

The former real estate developer said U.S. politicians had for years lamented the decline in the steel and aluminum industries but no one before him was willing to take action.

Despite a week of furious lobbying against his plan by Republican lawmakers and some of his own advisers, Trump said he would go ahead with penalty tariffs of 25 percent on imported steel and 10 percent on aluminum. But he also said the penalties could “go up or down depending on the country, and I’ll have a right to drop out countries or add countries. I just want fairness.”

Century Aluminum Chief Executive Michael Bless said the tariffs would allow his company, which produces high-purity aluminum used in military aircraft, to recall about 300 workers and restart idled production lines at its smelter in eastern Kentucky by early 2019. And Trump took note of U.S. Steel’s announcement that it planned to ramp up activity at its plant in Granite City, Illinois, and recall about 500 employees because of the new tariffs.

But there was political criticism aplenty, especially from Trump’s own Republican Party.

“I’m not sure there are any winners in trade wars,” said Johnson, who once ran a plastics manufacturing business in his home state.

Democratic Sen. Dick Durbin of Illinois said Trump’s action was “like dropping a bomb on a flea” and could carry “huge unintended consequences for American manufacturers who depend on imported materials.”

Business leaders, too, sounded their alarm about the potential economic fallout, warning that American consumers would be hurt by higher prices. They noted that steel-consuming companies said tariffs imposed in 2002 by President George W. Bush ended up wiping out 200,000 U.S. jobs.

“Tariffs are taxes, and the American taxpayer will pay the cost of a trade war,” said Cody Lusk, president and CEO of the American International Automobile Dealers Association. “Even with limited exemptions, tariffs will raise the sale prices of new vehicles.”

Stocks ended the day higher after the announcement, with investors relieved by the carved out exceptions for key allies.

At the White House, an upbeat Trump chatted with the steelworkers, invited them to the Oval Office and autographed a hard hat. He invited some of the workers to speak from the presidential podium, and several said that excessive “dumping” of foreign steel and aluminum had negatively affected their jobs and families.

The European Union warned before the announcement that it was ready to retaliate with counter-measures against iconic U.S. products such as Harley Davidson motorcycles, Levi’s jeans and bourbon.

EU Trade Commissioner Cecilia Malmstrom tweeted after Trump’s announcement that “the EU should be excluded from these measures.” Malmstrom said she would be meeting with U.S. Trade Representative Robert Lighthizer in Brussels on Saturday.

The British government said tariffs “are not the right way to address the global problem of overcapacity” and said it would work with EU partners “to consider the scope for exemptions outlined today.”

Canadian Foreign Minister Chrystia Freeland, meanwhile, called the announcement a “step forward” and said Canadian officials had exerted tremendous efforts to get the exemption. “That Canada could be seen as a threat to U.S. security is inconceivable,” she said.

The exemptions for Canada and Mexico could be ended if talks to renegotiate NAFTA stall, the White House said. The talks are expected to resume early next month.

The run-up to Thursday’s announcement included intense debate within the White House, pitting hard-liners against free trade advocates such as outgoing economic adviser Gary Cohn. Recent weeks have seen other departures and negative news stories that have left Trump increasingly isolated, according to senior officials speaking on the condition of anonymity to discuss internal discussions.