Thousands of people from all walks of life filed slowly past the casket of the Rev. Billy Graham on Monday to pay their final respects to a man who reached millions with his message of salvation through Jesus Christ.

The heavy rain overnight tapered to a light, occasional drizzle around 8 a.m. Monday when the doors opened to the boyhood home of the famed evangelist, who died Wednesday at age 99.

Mourners of all races, young and old, some in suits and some in T-shirts and flip-flops, walked through the parlor where his closed casket lay on a black pedestal. They walked past family photos and a cross made of white lilies to see the simple plywood container made by prison inmates. And at the door for the first few hours was Graham’s grandson, Roy, shaking the hand of every person who came to see his grandfather. 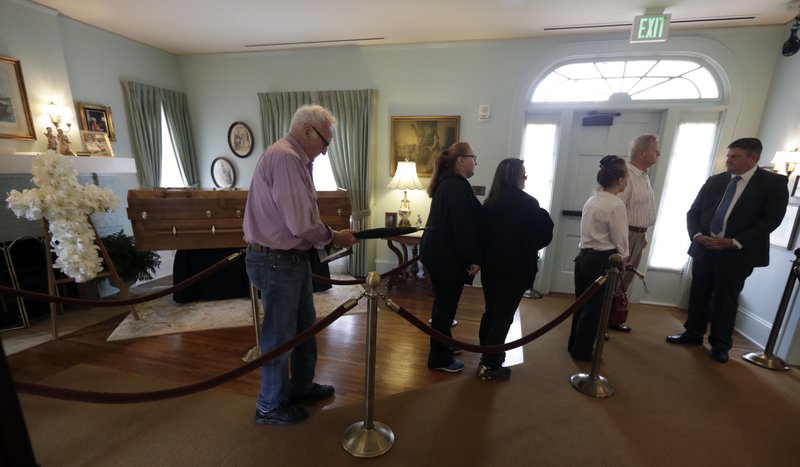 “I just wanted to tell them how much I appreciated the love for my family,” Roy Graham said.

And they responded with stories. Roy Graham said what moved him the most Monday were the dozens who paused and told him the exact moment and place Billy Graham came into their lives through his hundreds of crusades around the world.

Cecily Turner is one of them. Her mother was at Billy Graham’s 1957 New York crusade and she said he led her mother to salvation that day. 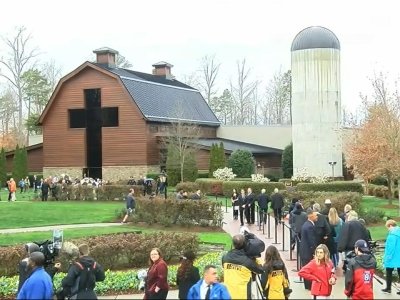 Hundreds of people stood in line during a light rain Monday to pay their respect to the late Rev. Billy Graham at his restored boyhood home in North Carolina. (Feb. 26)

“I know she is in heaven thanking him right now,” she said.

Mother passed her faith on to daughter, and Turner said she passed it down to five children and four great-grandchildren. 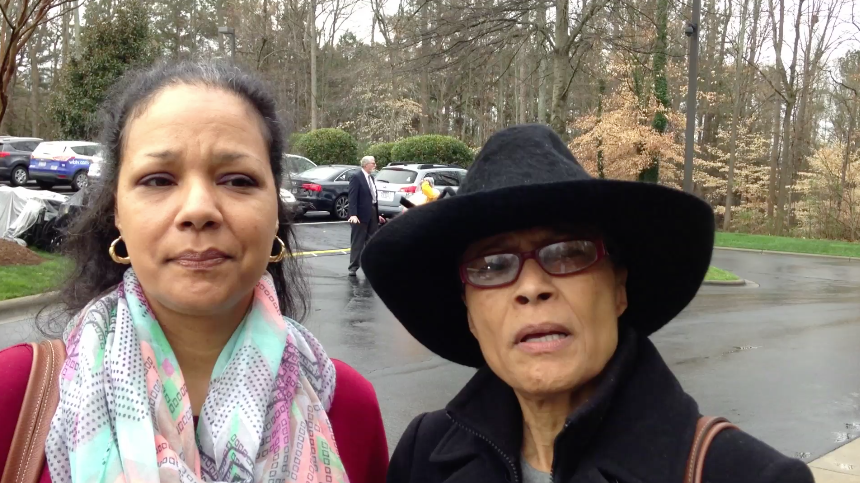 “That’s an amazing thing,” she said.

Public viewing will continue Monday and Tuesday at Graham’s Charlotte library on the campus of the Billy Graham Evangelistic Association. His body will then be taken to the U.S. Capitol, where Wednesday and Thursday he will be the first private citizen to lie in honor there since civil rights hero Rosa Parks in 2005.

Graham’s funeral is Friday, and President Donald Trump said he will attend. Invitations were sent to all ex-presidents of the U.S. George W. Bush was coming to pay his respects Monday because he had a scheduling conflict with the funeral. 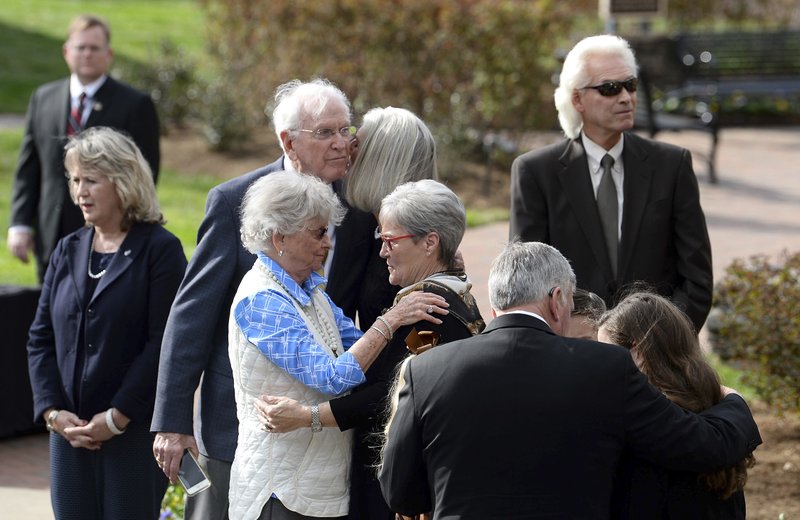 The funeral will be held in a giant tent as a nod to Graham’s 1949 Los Angeles crusade. That revival, which Graham said propelled him to worldwide fame, was held in a circus tent dubbed the “Canvas Cathedral.” The man called “America’s Pastor” would eventually preach to an estimated 210 million people in person and many more through his pioneering use of prime-time telecasts, network radio, daily newspaper columns, evangelistic films and satellite TV hookups.

Billy Wayne Arrington was a boy when he first encountered Graham on a TV screen in Kingsport, Tennessee. He now does Christian theater. Arrington wiped tears from his eyes as he exited after saying a prayer for Graham and for the world he leaves behind. 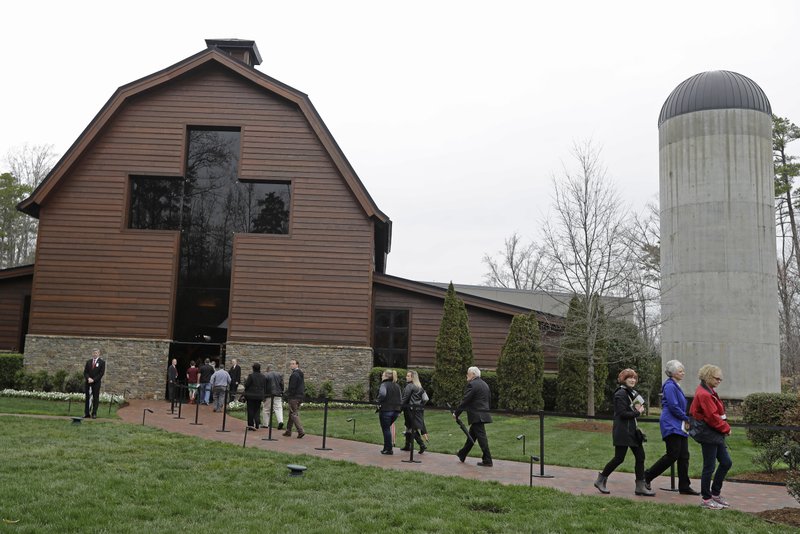 Graham will be buried beside his wife, Ruth, who died in 2007, at the foot of a cross-shaped walkway at Graham’s library in Charlotte.