The Lives Lost in the Florida High School Shooting

When a gunman opened fire with an AR-15 at a large high school in south Florida, the 17 dead included students and school workers, young and old. Here is a look at some of some of those who lost their lives in the massacre at Marjory Stoneman Douglas High School:

Assistant football coach Aaron Feis was shot to death while selflessly shielding students from bullets. A tweet from the school football program ended: “He died a hero and he will forever be in our hearts and memories.”

Feis graduated from the school in 1999 and worked mainly with the junior varsity, the team website said. It said he lived in nearby Coral Springs with his wife and daughter. 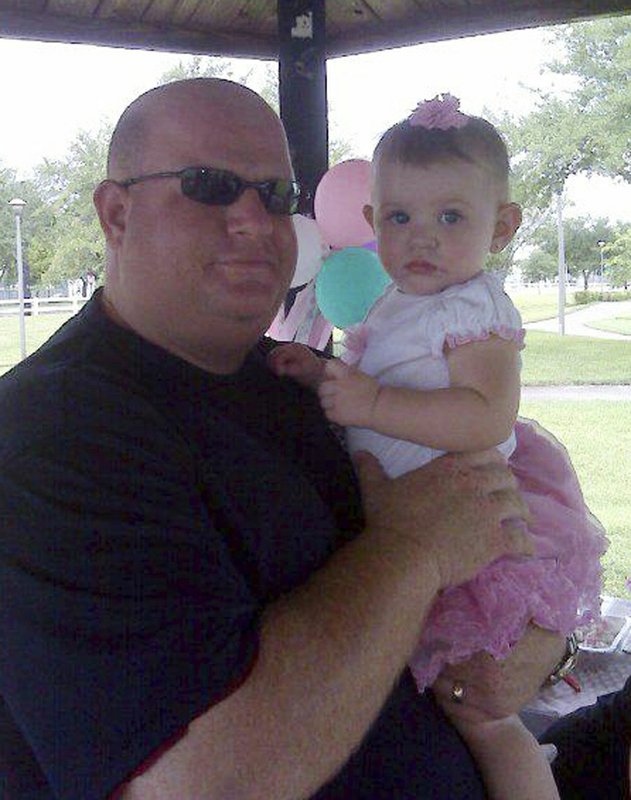 This photo taken from the Facebook page of Aaron Feis shows him with an unidentified girl. Feis, a football coach at Marjory Stonemason Douglas High School in Parkland, Fla., was fatally shot when former student Nikolas Cruz opened fire at the school on Wednesday. (Facebook via AP)

The team website said Feis spent his entire coaching career at Marjory Stoneman after playing there as a student.

The Sun Sentinel reported that Feis, acting as a school security guard, responded to the original call on a school walkie-talkie. Someone on the radio asked if loud sounds they heard were firecrackers, said football coach Willis May, who also carries a radio.

“I heard Aaron say, ‘No, that is not firecrackers.’ That’s the last I heard of him,” May said. 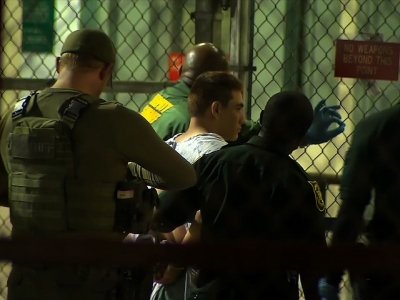 FRIEND WON’T GET TO SAY ‘I GRADUATED HIGH SCHOOL’

Joaquin Oliver was known by his nickname “Guac,” short for “guacamole,” because many couldn’t pronounce his first name.

“My friend will literally never get to say, ‘I graduated high school,’” said Tyra Hemans, a 19-year-old who said she has been friends with Oliver since they were freshmen.

Hemans said she last saw her friend at school the day of the shooting.

“It was just a brief ‘Happy Valentines,’” she said. “He was with his girlfriend and I was just like, ’Oh my God, you guys are so cute.”

She added, “He’s just a goofball. He’s the only kid you’d know that would dye his hair bleach blond, walk around school, put some tiger stripes in and just be unique. He was a unique soul.”

A married father of two and the athletic director at Marjory Stoneman Douglas High School, Chris Hixon wasn’t shy about jumping in wherever he was needed, said friend and one-time colleague Dianne Sanzari.

Hixon belonged to a Roman Catholic church in Hollywood. The Archdiocese of Miami confirmed his death Thursday. 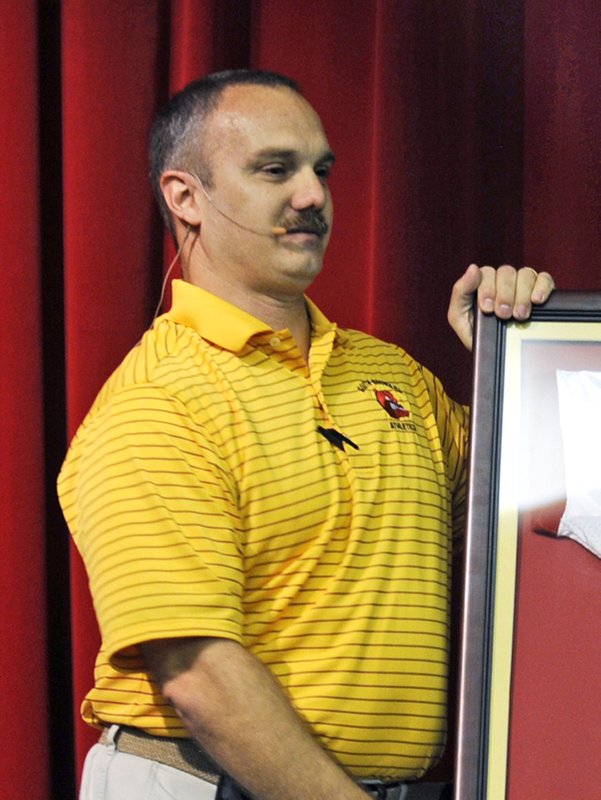 When a volleyball team needed a fill-in coach, Hixon took over; the same thing happened with the wrestling team, Sanzari said. And when the school needed someone to patrol the campus and monitor threats as a security specialist, Hixon did that, too.

It was in that security role that Hixon apparently came within range of the shooter.

‘AN ANGEL TAKEN AWAY FROM US’ 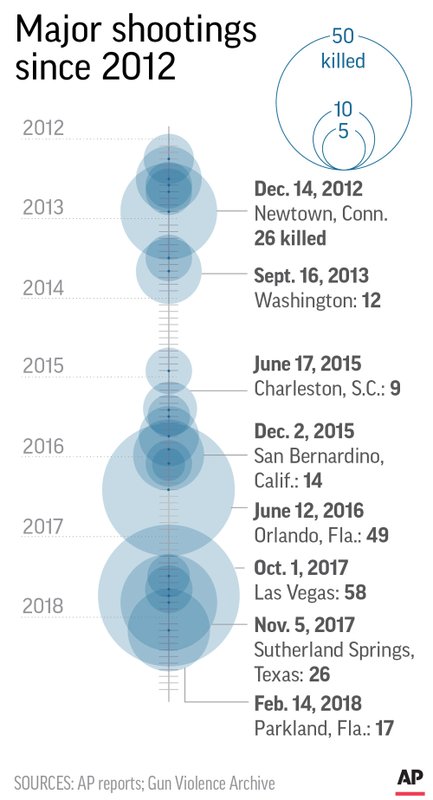 Meadow Pollack’s parents called her phone repeatedly only to hear it ring, as they kept an anxious vigil outside the hospital. But on Thursday, her father, Andrew Pollack, confirmed that his daughter was among the dead, the Palm Beach Post reported.

Eighteen-year-old Pollack, a senior, had planned to attend Lynn University, her father said.

“Her life was taken way too soon and I have no words to describe how this feels,” friend Gii Lovito posted on Facebook.

Family friend Adam Schachtel said in a Facebook post that “an angel was taken away from us in that horrific tragedy … no words can be said so just prayers and sadness.”

An amateur soccer club said one of its players, Alyssa Alhadeff, was among the students killed in the mass shooting at Marjory Stoneman Douglas High School.

Parkland Soccer Club posted on its Facebook page that Alhadeff was a “loved and well respected member of our club and community.”

The club posted a note it said was from her family which read: “To Alyssa’s Friends honor Alyssa by doing something fabulous in your life. Don’t ever give up and inspire for greatness. Live for Alyssa! Be her voice and breathe for her. Alyssa loved you all forever!”

Fourteen-year-old Alaina Petty was among those who died in the shooting, great-aunt Claudette McMahon Joshi confirmed in a Facebook post.

“There are no hashtags for moments like this, only sadness,” she wrote, asking people to lift up Petty’s family in prayer.

Students said geography teacher Scott Beigel, 35, helped them enter a locked classroom to avoid the gunman and paid for the brave act with his life.

“If the shooter would have come into the room, I probably wouldn’t be speaking to you now,” student Kelsey Friend told Good Morning America.

Friend said when she heard gunshots and realized it wasn’t a drill she followed other students toward the classroom.

Beigel “unlocked the door and let us in,” she said. “I thought he was behind me, but he wasn’t. When he opened the door he had to relock it so we could stay safe, but he didn’t get a chance to.”

14-YEAR-OLD LOOKED OUT FOR UNDERDOGS

“She always looked out for the underdog and the bullied and she probably had been kind to the (former) student who shot her,” Youkilis said in a written statement sent to The Associated Press.

Guttenberg leaves her parents, Fred and Jennifer Guttenberg, and brother Jesse. Her father said in a Facebook post that he is “trying to figure out how my family gets through this.”

Youkilis called for gun-control legislation, saying Jaime’s parents were “the world’s most loving and over-protective parents but they could not protect Jaime from the sickness that has gripped our country.”

BALLOONS FOR THE VICTIMS

Briones said he last saw Martin the day of the shooting during first period.

“We were just playing around, talking about jokes and stuff,” said Isaac, who was outside the school Thursday with others holding a group of white balloons for the victims.

On Instagram, Miguel Duque wrote that words can’t describe the pain of losing his brother. He added: “I love brother Martin you’ll be missed buddy. I know you’re in a better place. Duques forever man I love you junior!!! R.I.P Martin Duque!”