Victim to Nassar: ‘What You Did to Me Was Twisted’

More women and girls are giving victim statements or having them read in a Michigan courtroom in a third sentencing hearing for Larry Nassar, the disgraced former gymnastics doctor who has been convicted of molesting people under the guise of medical treatment.

Nassar, 54, worked at Michigan State University and USA Gymnastics, the governing body that also trains Olympians. He was sentenced last week to 40 to 175 years in prison for assaulting seven people in the Lansing area; more than 150 statements were given in that seven-day hearing. He was sentenced in December to 60 years in federal prison for possessing thousands of images of child pornography.

Here are excerpts of some victims’ statements from the hearing that started Wednesday in Charlotte, Michigan, where Nassar pleaded guilty to molesting three gymnasts at an elite club run by an Olympic coach:

Jessica Thomashow, 17, said Nassar molested her at ages 9 and 12 when she had rib displacement and a stress fracture in her ankle.

“You took advantage of my innocence and trust. You were my doctor. Why? I ask myself that question all the time. What you did to me was twisted. You manipulated me and my entire family. How dare you?”

She said at Twistars, injured gymnasts were instructed to see Nassar, not their family doctor. She said she wanted to be a sports doctor, but the dream “died” after Nassar’s abuse.

Thomashow also testified in the first day of the earlier sentencing hearing. She is a victim in both the Eaton County and Ingham County criminal complaints.

Michigan State University student Katherine Ebert said she was a gymnast since the age of 5 and began seeing Nassar when she was 15.

“You are most vile, disgusting creature I have ever met,” she told him in court. “There are black holes in my memory that come back as nightmares or flashbacks, not wanting to believe they’re true.”

Annie Labrie was a full-time gymnast through adolescence. She traveled to Twistars gymnastics club, spending 25 hours a week there, not including the hour-and-a-half drive each way. Nassar was her doctor for five years. Said she saw him for a back injury and was treated at Twistars, Michigan State and the basement of his home.

She said his treatments “made my skin crawl. I rejected my intuition anyway because every adult and authority figure around me assured me that this, that competing was the only option.” 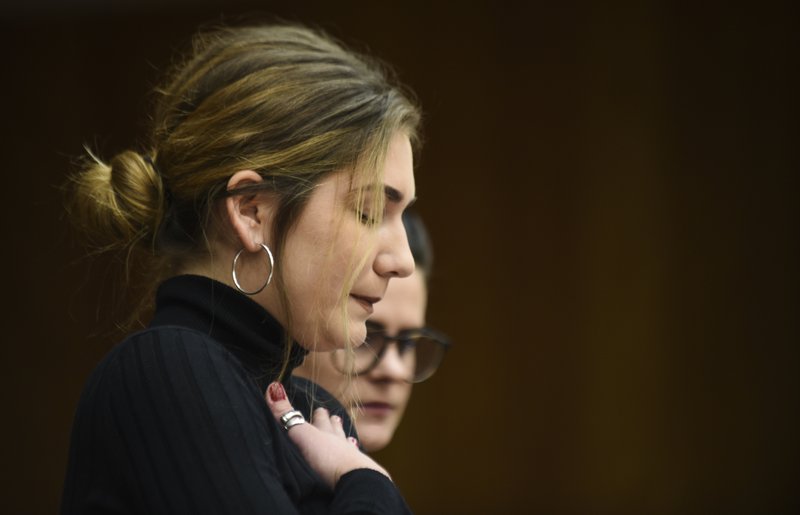 Labrie said she hid it from her parents, “because in Larry’s words, ‘They wouldn’t understand.’”

“A pedophile cannot flourish in the way Larry did and in an environment that is not conducive to his behavior. … It is imperative we as society do not view this as an isolated incident.”

Tiffany Dutton said she was a competitive gymnast from a young age. She suffered back pain around age 12 or 13 and was referred to Nassar by coaches at age 14. She said she was inspired to come forward publicly by the people who appeared at the earlier hearing where Nassar was sentenced last week.

“On this day, I’ve decided to fully relinquish my anonymity as a symbol to myself that there is absolutely nothing I have to be ashamed or afraid of,” she said. “Due to the bravery and courage of the many women who appeared in Ingham County to face our predator, I am no longer fearful. To all of them I will be ever grateful.” 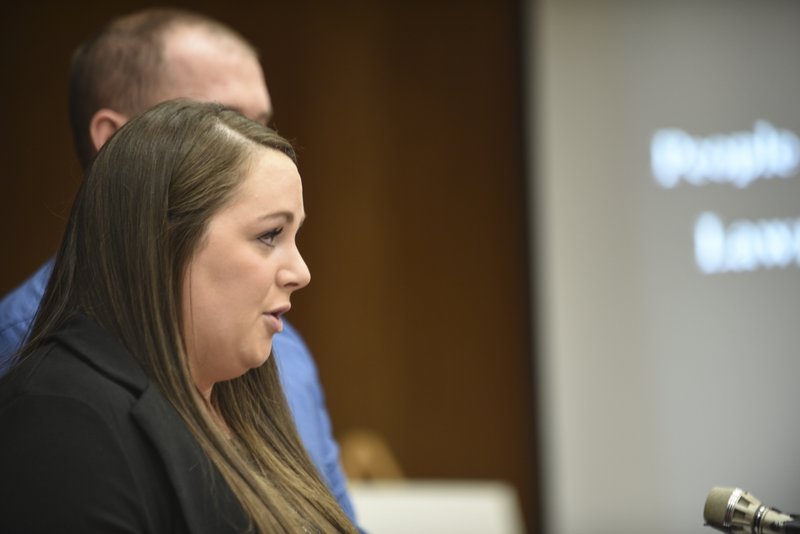 Nassar’s accusers have said that he would sometimes molest them even with their parents in the room and would use his body or a sheet to block their view.