2018 Starts With Record Cold in Parts of the Midwest

Bone-chilling cold gripped much of the middle of the U.S. as 2018 began Monday, breaking low temperature records, icing some New Year’s celebrations and leading to at least two deaths attributed to exposure to the elements.

The National Weather Service issued wind chill advisories covering a vast area from South Texas to Canada and from Montana and Wyoming through New England to the northern tip of Maine.

The mercury plunged to a record-breaking minus 32 (-36 Celsius) in Aberdeen, South Dakota, where the previous New Year’s Day record had stood for 99 years. In Nebraska, temperatures hit 15 below zero (-26 Celsius) in Omaha before midnight Sunday, breaking a record low dating to 1884.

Omaha’s reading didn’t include the wind chill effect, which could plunge to negative 40 degrees (-40 Celsius), according to the weather service. Omaha officials cited the forecast in postponing the 18th annual New Year’s Eve Fireworks Spectacular that draws around 30,000 people.

It was even colder in Des Moines, where city officials closed a downtown outdoor ice skating plaza and said it won’t reopen until the city emerges from sub-zero temperatures. The temperature hit 20 below zero (-29 Celsius) early Monday, with the wind chill dipping to negative 31 degrees (-35 Celsius).

Steam rose up from Lake Superior as a ship moved through a harbor where ice was forming in Duluth, Minnesota, where the wind chill dipped to 36 below zero (-38 Celsius). In northeast Montana, the wind chill readings dipped as low as minus 58 (-50 Celsius).

Plunging overnight temperatures in Texas brought rare snow flurries as far south as Austin, and accidents racked up on icy roads across the state. In the central Texas city of Abilene, the local police chief said more than three dozen vehicle crashes were reported in 24 hours.

It’s even cold in the Deep South, a region more accustomed to brief bursts of arctic air than night after night below zero. Frozen pipes and dead car batteries were concerns from Louisiana to Georgia as overnight temperatures in the teens were predicted across the region by Monday night.

An Indianapolis woman was in critical condition after she became confused in the snow and ice and turned her vehicle the wrong direction, driving 150 feet on a retention pond before her vehicle fell through the ice, according to WISH TV. She managed to make an emergency call but the phone went dead when the ice cracked.

The Milwaukee County Medical Examiner’s office said two bodies found on Sunday showed signs of hypothermia. They included a man in his 50s found on the ground in an alley and a 34-year-old man. Autopsies are being performed on both men.

Milwaukee’s annual Polar Bear Plunge at Bradford Beach on Lake Michigan Monday could be more dangerous than usual, a city official told the Milwaukee Journal-Sentinel. The wind chill was expected to be about 9 below zero (-13 Celsius) by the time of the event at noon.

“You’re going to get hypothermic,” said Milwaukee Fire Battalion Chief Erich Roden. “Everybody wants to do the polar plunge once in their life; it’s a bucket list item. Unfortunately, it’s something that can cause a lot of harm.” 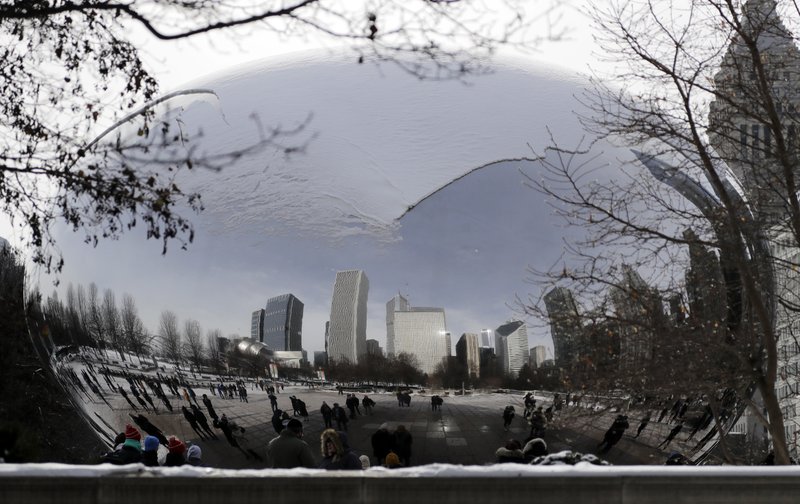