New York Giants star receiver Odell Beckham Jr. wore custom-made, colorful cleats Sunday to honor broadcaster Craig Sager, who died last week after a long battle with cancer. The idea was to auction them off after the game to raise money for cancer research.

The NFL’s dress code states that teams must designate a color scheme that includes three different colors for cleats. But three colors clearly aren’t enough when trying to pay tribute to Sager:

Beckham said Wednesday that he was fined $18,000 by the league for wearing the cleats during the Giants’ 17-6 win over the Detroit Lions. He made the claim in a response to an Instagram post by Washington’s DeSean Jackson, who was complaining about getting fined for his own cleats last weekend. 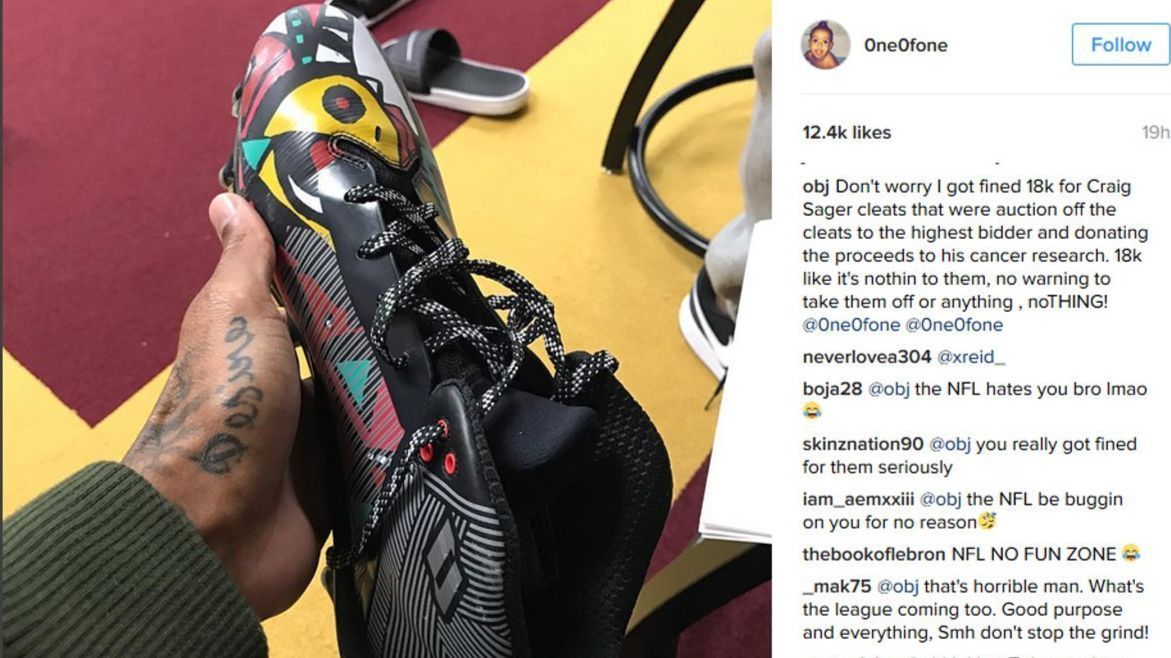 “I got fined 18k for Craig Sager cleats that were auction off the cleats to the highest bidder and donating the proceeds to his cancer research,” Beckham wrote. “18k like it’s nothin to them, no warning to take them off or anything , noTHING!”

According to NJ.com, Beckham has been fined $108,926 this season by the NFL but not for any prior dress code violations. Fines for uniform violations usually aren’t made public by the league.

Earlier this week, after Dallas Cowboys star Ezekiel Elliott was not fined for jumping into an oversized Salvation Army pot while celebrating a touchdown, Beckham commented: