Michael Brown: We Must Renounce ‘Christian’ Hatred of Homosexuals 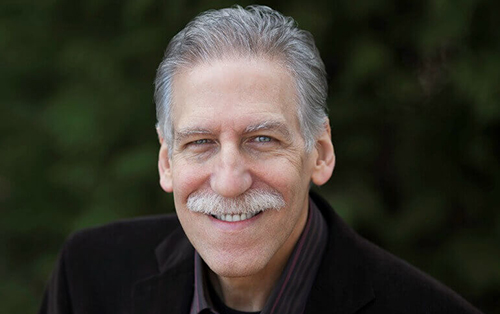 I’m quite aware that we will be branded haters and bigots if we simply teach that marriage is the union of one man and one woman or if we believe that kids deserve a mom and a dad. And I know only too well that if we hold to historic Judeo-Christian sexual morals, we will be vilified in the ugliest imaginable terms.

No matter how gracious and respectful we are, no matter how carefully we present our views, we will be attacked, and there’s nothing we can do about that other than continuing to speak the truth in love.

Some of those reacting in anger have been deeply hurt and feel personally wounded by our words, believing that we are dehumanizing and condemning them. And so, rather than calling them hypersensitive, we should be as sensitive as possible when sharing the gospel with them.

Others simply respond with, “Hater! Bigot! Homophobe!” the moment we present the truth. It’s reflex as much as it is rhetoric, and we can’t be discouraged or disheartened in the least when treated like this. Jesus told us to expect as much (see John 15:18-20).

Unfortunately, there is a real stream of homo-hatred in the Church, even if it represents the tiniest, fringe minority of the Body. It is there, and it must be rebuked in the clearest possible terms, especially since the secular media will focus on the very few hateful voices and ignore the vast multitude of loving voices.

For the record, I have been in numerous, closed-door meetings with conservative Christian leaders, and not once have I heard a disparaging, mocking comment about gays and lesbians. We have strongly differed with their talking points; we have refused to capitulate to their agenda; but we have never sat around and mocked the people or wished for their harm or rejoiced in their suffering.

God forbid. That is not what Christians do.

I wish I could say that sentiment was embraced universally, but it is not. And just as the Church has always had its significant flaws and shortcomings in the past, it continues to do so today.

What disturbs me most is not that there are a handful (literally) of pastors rejoicing publicly in the Orlando massacre or that the vile Westboro Baptist group is celebrating the slaughter. Given that there are hundreds of thousands of ministers and church groups in America, the fact that several (again, I mean that literally) have a perverse reaction to the deaths of 49 gays and lesbians is hardly a surprise.

When my namesake, Michael Brown, was killed last year in Ferguson, some LGBT’s expressed disappointment that I was not the one shot down by the police. I get death wishes sent my way on an almost daily basis, and some gay leaders have made horrific statements about me.

There are bad apples on all sides of every issue, and the existence of a few bad apples proves nothing, be it in the Church or the LGBT community.

It’s just disturbing to see more bad apples than we should on the Christian side of things.

All the more then should those of us who really know the Lord denounce this ugly rhetoric whenever we see it, determining more than ever to speak the truth in love.

What prompted me to address this problem was the response that I received to my YouTube video renouncing the comments of Arizona pastor Steven Anderson.

After the first 16,615 views, there were 476 thumbs up and 74 thumbs down. In contrast, among some of my recent videos, the initial response to “Why Isn’t the Book of Enoch in the Bible?” was 151 to 7; the response to my “Open Letter to Megyn Kelly” regarding her transgender comments was 233 to 14; and the response to “‘I Was Wrong’: Three Words That Could Change Donald Trump’s Life” was 109 to 22.

I would have expected the response to the Anderson video to have been something like 550 thumbs up to 5 thumbs down based on my own experience over the last decade plus as I have addressed these issues. Instead, I received comments like: “Dr brown is a false prophet! Doesn’t believe in Jesus Christ he believes in people’s money and calls God a liar because he doesn’t believe the record that God gave of his son!” (Remember: This was for renouncing Anderson’s comment that the massacre was “good news,” while effectively branding all gays “pedophiles.”)

Another chimed in with: “micheal brown is a hypocrite of the first order, soft on sin, worldly and compromised pelagian heretic. the usa is awash in sin, and God punished those in Orlando, God is sovereign, HIS WILL UNFOLDS . stop coddling the wicked in their sin, The bible is two third on Gods wrath and hatred, stop perverting th bible mr jew zionist , instead of tryin to appear moderate to ur haters by bashing a good man like anderson go and bash abortionists, u hypocrite u, jesus came with a sword, how bout this verse ‘has evil not come to the city and God not done it’… I’m a french phd student too, and challenge u liar to a debate, phony reprobate.”

Others added: “You’re a FALSE PROPHET. Jude 1!!!” And, “He said nothing wrong. Maybe it is you who is backwards.” And, “By your own words you Dr. Brown just said to God and to all people that you are as one of them hating God by living in wickedness. Why you should die as a lover of LGBT and be with them in Hell fire. Repent of your own wickedness and be Born Again that you may stop sinning and see the truth! Shame on you carnal / foolish man.”

Still others wrote, “The fact this guy calls himself Doctor, is all I need to know about this prideful individual, only an actual MD should be called Doctor! How can you read The Bible and get that sodomites are anything but disgusting, vile, reprobates? Oh yeah, you read the NIV! This Doc, is apostate!” And, “Dr. Brown is not a Christian. He is a liberal progressive who interprets the Bible according to what he feels comfortable in believing.”

And there was this comment on Twitter from a woman whose bio simply cited Romans 8:28 (“all things work together for good for those who love God”). She wrote: “Pastor Anderson represents my thoughts exactly. Are you a faggot or something?”

Of course, LGBT activists would be quick to say: “That proves our point. Homophobia is the natural result of your biased interpretation of the Bible, and until you renounce that, you will have this hatred in the Church.”

The reverse is actually true, and I can personally attest that the vast majority of Christians I have worked with around the world (meaning, well over 99%) believe homosexual practice is sinful and have real love for LGBT individuals. Plus, as I wrote earlier this week, we’re not about to renounce biblical teaching on sexuality.

But I wrote this article to say that we cannot minimize this ugly strain in the Body and we must confront it and rebuke it at every turn.

More than that, we must put out the positive truth of the Scriptures regarding God’s love for a sinning world — which includes gay and straight and everything in between — and His desire that none should perish.

When we really walk with the Lord, we share His heart.

Dr. Michael Brown (www.askdrbrown.org) is the host of the nationally syndicated Line of Fire radio program. His latest book isThe Grace Controversy. Connect with him on Facebook or Twitter.