Greensboro natives, Kendrick Robinson, 22, and Lemiah Sanders Jr., 20, were charged with first-degree murder and robbery with a dangerous weapon. 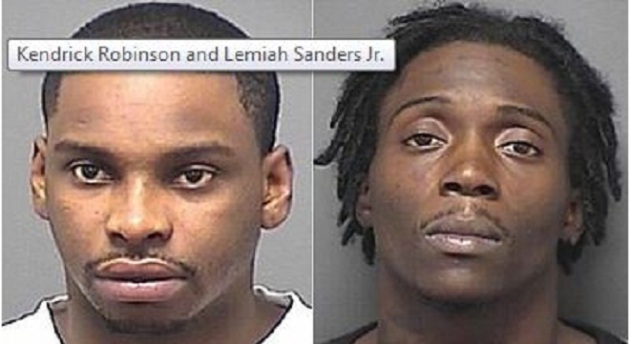 Clark, 22, was found shot just after 11 p.m. on the street outside his home at 425 Stedman St. just west of campus. The Winston-Salem native was pronounced dead shortly after arriving at Moses Cone Hospital.

Greensboro police allege Robinson and Sanders shot Clark and robbed him of $200, as well as 1/4 pound of marijuana. It’s not yet known if the three men knew each other.

Both suspects have criminal records. Robinson was convicted in 2012 of robbery with a dangerous weapon, while Sanders was convicted in March 2013 of felony possession of a Schedule VI controlled substance.